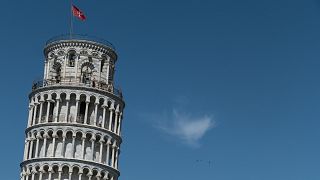 Friends will tell you that you have to go to these ‘world famous sights’. But we’re here to tell you that sometimes, your friends are wrong.

Reserve your precious holiday time for the best these destinations have to offer, not the overcrowded, overpriced tourist traps. Here are some of the most overhyped sights in Europe – and their alternatives.

You might love its appearance, but absolutely nobody loves the queues. You’ll be surrounded by screaming kids and jostled in the blazing sun or rain for an hour or more. And when you finally reach the front of the queue, you’ll be shoved into a crowded lift that takes you to an equally crowded platform, where you’ll need sharp elbows to get to the railings for a view.

As you take your pictures, you’ll realise that they will all be missing that one essential element of any Paris skyline shot – the Eiffel Tower.

INSTEAD DO: Arc de Triomphe, Paris

Paris has so many superior viewpoints, from the terrace of Sacré-Cœur in the north to the bar in Montparnasse Tower in the south. But one of the best is on the right bank of the River Seine, just opposite the Eiffel Tower.

The Arc de Triomphe, completed in 1836, has panoramic vistas of the Champs Elysees, Louvre, Seine, Notre Dame, Sacre Coeur – and, of course, the Eiffel Tower. And unlike its left-bank rival, the roof is rarely crowded and the average queuing time is just five minutes. 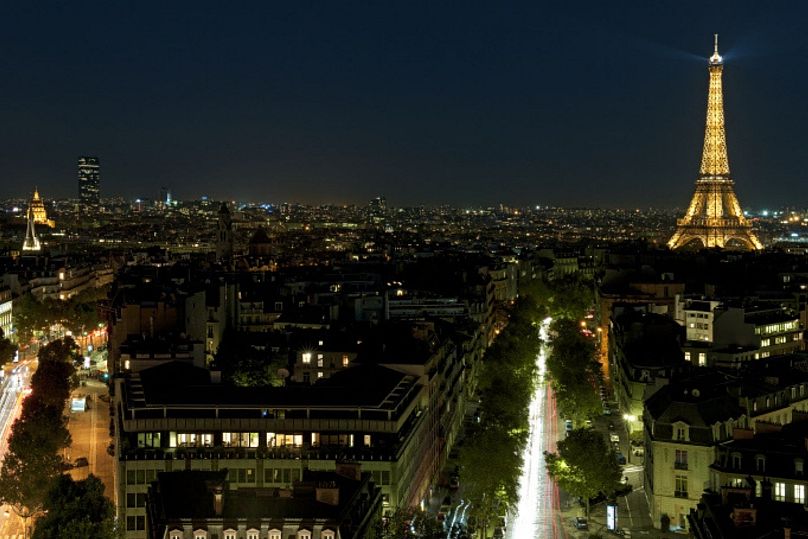 The view of the Eiffel Tower, from the Arc de TriompheJill Starley-Grainger

To quote Wikipedia, “The Spanish Steps are a set of steps in Rome, Italy.” And that precisely sums them up. They’re steps. They don’t lead anywhere of particular note, nor do they afford great views, but they do have plenty of pickpockets and hawkers selling fidget spinners.

There’s an old fountain with a submerged boat the bottom, which is one of the less-impressive fountains in this fountain-rich city. You’ll be told there’s great people-watching here, which is true – if by people-watching you mean tourist-watching, because that’s pretty much all you’ll see in this overcrowded spot.

INSTEAD DO: Trastevere, Rome

This hopping little district is where Romans come to relax over meals and drinks with friends, making for much more interesting people-watching. Lovely at lunch, it’s even better in the evening when workers let their hair down over a few glasses of wine.

The city’s most prominent landmark is also its most disappointing. When you think ‘castle’, you expect grandeur – medieval thrones, coats of armour, dazzling ballrooms. But after walking up the steep hill – or paying for the snail-slow old funicular – in the sleepy ‘Buda’ half of Budapest, you arrive at a football-pitch-sized patch of dirt.

There’s a dreary history museum, but apart from that, the best you can do is walk around the walls and look out over the Danube to the Pest side of Budapest – which will simply make you wish you’d never left it to come to this waste of an afternoon.

INSTEAD DO: Hungarian Parliament Building, Budapest

Forget about the antics of the populist politicians inside and focus on the majesty of this neo-Gothic beauty, one of the world’s grandest government buildings, completed in 1902. On the guided tour, you’ll see some of its 365 towers, 40kg of 22-carat-gold decoration, 691 rooms and 29 staircases – plus the Holy Crown of Hungary. Don’t forget your passport – EU citizens get half-price entry.

Competing for the title of Europe’s lamest statue, neck-in-neck with Brussels’ minuscule Manneken Pis, is this bland limpet on a rock in Copenhagen Harbour. She sits, gazing out across a little strip of water to the opposite bank, where you’ll see bleak working docks, warehouses and cranes.

Sculpted in 1913, this sad creature was inspired by Hans Christian Andersen’s fairy tale of a mermaid who gives up her fins to live on the land. Based on this sculpture’s facial expression, it’s a decision The Little Mermaid 100% regrets – and you’ll regret taking an hour out of your trip to find it.

Look out at The Sound waterway over the body of Henry Moore’s masterful Two Piece Reclining Figure No 5, and watch the wind move the ironwork arms of Alexander Calder’s Little Janey-Waney mobile on the lawn.

When you’ve finished exploring the expansive Sculpture Garden, head inside to see works the giant spider by Louise Bourgeois and the skinny human sculptures by Alberto Giacometti, along with a changing roster of paintings by internationally renowned artists.

It might take 45 minutes to get from the centre of Copenhagen to Louisiana Museum of Modern Art, but unlike The Little Mermaid, this journey is well worth the effort. 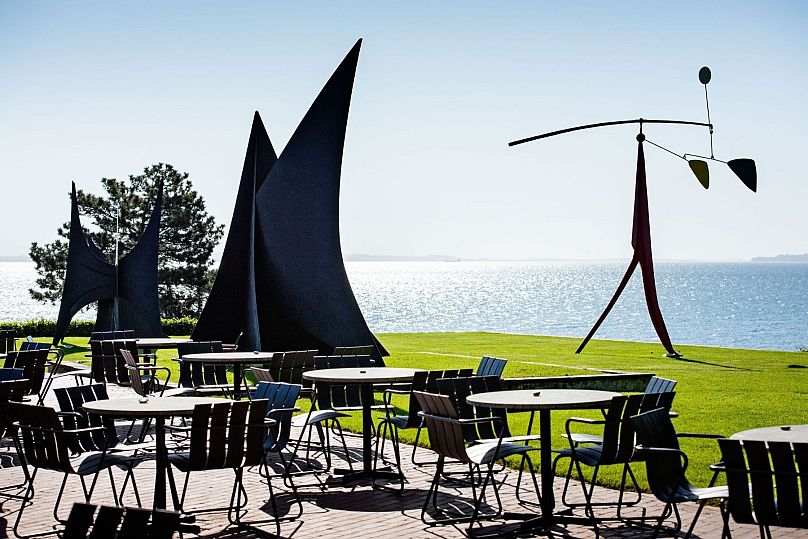 Have you ever seen a Portaloo? If you were wowed by that, you’re going to love Checkpoint Charlie. If that doesn’t sound like you, then it’s best to steer clear of this poky shed – which isn’t even the real Checkpoint Charlie, but a modern replica – located on a median in a busy road in Berlin. There are some sandbags, loudspeakers and a sign that says, “You are leaving the American sector”… – and that’s it.

INSTEAD DO: East Side Gallery, Berlin

A much more emotive relic of Berlin’s Soviet-era, this 1.3km stretch of the Berlin Wall has been a free open-air art gallery since 1990, with murals by artists from all over the world. They depict political and social themes, many of which still feel worryingly relevant today. 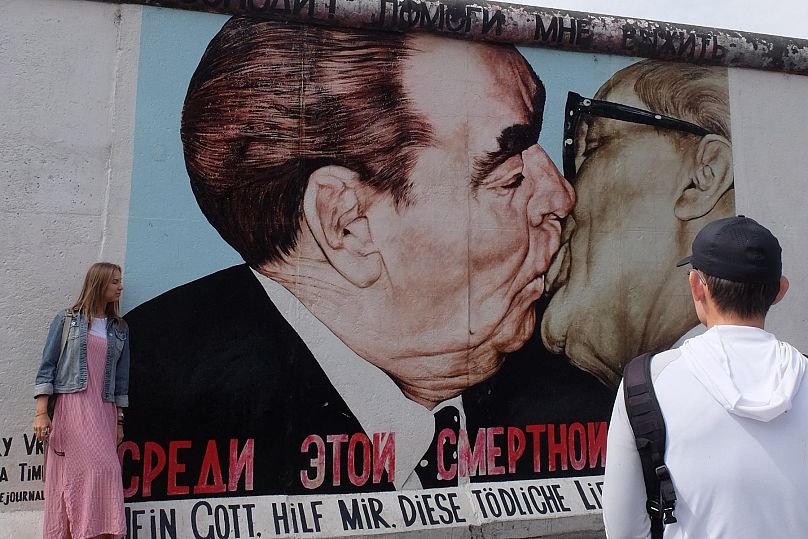 You will have seen photos of its curvaceous balustrades everywhere – on guidebook covers, travel articles and Instagram. But what you might not realise until you rock up to the gates in northern Barcelona is that, unlike most parks, you’ll have to queue and hand over a tenner to enter the picturesque section.

It’s also among the smallest of Antoni Gaudi’s works in the city. And if you’re just looking for some open green spaces to get a bit of fresh air, you’ve come the wrong place, too. The rear of the park is free, but there’s little of interest, with trampled dirt paths and thirsty trees.

INSTEAD DO: Casa Vicens, Barcelona

Fans of Antoni Gaudi would be better off putting their money towards one of the dozen other Gaudi sites in the city, all of which are more impressive – and closer to the city centre. One of the lesser-known – and therefore less crowded – is Gaudi’s first major building in Barcelona – Casa Vicens, a charming house with elegant terrace garden built in 1885 in the vibrant Catalan Modernisme style.

Unless you’re desperate for a cheesy photo of yourself “holding up” this slightly wonky tower, then save yourself the trip to Pisa. It looks much more off-kilter in photos than in real life, and if you pay to go up it, you’ll queue for hours, won’t get much change from €20 and will be left breathless only by the climb up 300 steps, not the views of the low-rise town and flat countryside.

INSTEAD DO: The Two Towers, Bologna

If it’s leaning you’re after, you’ll find a more tilted tower in Pisa itself – the nearby Chiesa di San Michele degli Scalzi. In fact, there are leaning towers all over Italy, from tiny villages to big cities. But the beautiful city of Bologna, two hours from Pisa, has not one, but two leaning towers, and they’re older than the one in Pisa, too.

They’re located right next to each other, and one of them, The Torre degli Asinelli, is the tallest leaning tower in the world at 97.2 metres. It only costs around a fiver to enter, and you’ll rarely find any queues to climb the 498 steps to the top, where you’ll see the terracotta roofs and spires of Bologna, and the lush Appenine Mountains right at the city’s edge.

Tacky, full of drunk tourists, depressed women in windows and dodgy drug dealers, there is nothing remotely titillating in this clutch of streets. A passion-killer extraordinaire, it is the one of the most depressing red-light districts in Europe, a bar already set very low.

INSTEAD DO: Nine Streets, Amsterdam

It is hard to go anywhere in this beautiful canal-filled city and not be charmed by it – with the notable exception of the Red Light District. But if you’re short of time and want to see some gorgeous canal houses, shops, restaurants and bars, head straight to the Nine Streets area, near Anne Frank House and a short walk from Centraal train station.

Pick up aged gouda at a cheese shop and vintage clothes in a boutique, then grab a beer and a snack at one of the cosy old brown bars overlooking a canal.

Whether you agree, disagree or have your own to add, tell us on Twitter and Facebook @euronewstravel. And check out more terrible sights on the new travel podcast, Sh!t Trips which is all about the places to avoid so you can make every trip better.