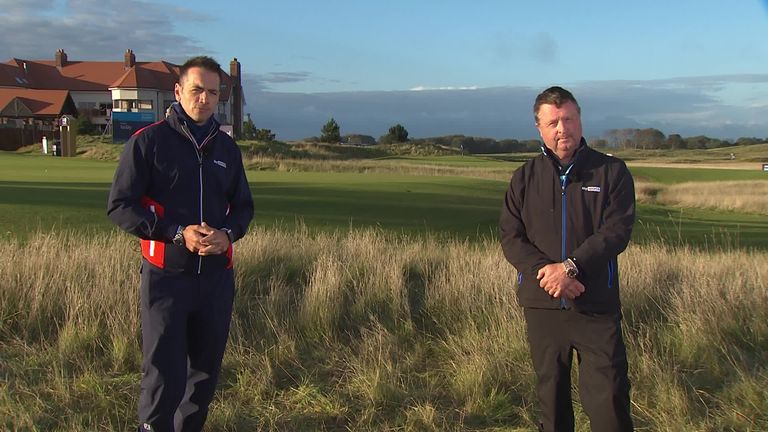 Nick Dougherty and Wayne Riley review the final round at the Renaissance Club, where Aaron Rai edged out Tommy Fleetwood in a play-off to win his first Rolex Series title.

Aaron Rai is a Rolex Series champion for the first time after Tommy Fleetwood missed a short putt for par on the first extra hole at the Aberdeen Standard Investments Scottish Open.

Rai atoned for the disappointment of finishing runner-up to John Catlin in Ireland last week, racing into the clubhouse lead with a closing, eight-birdie 64, and his score of 11 under was matched when Fleetwood holed from 15 feet for birdie at the last, as Robert Rock missed out after a bogey at 18. 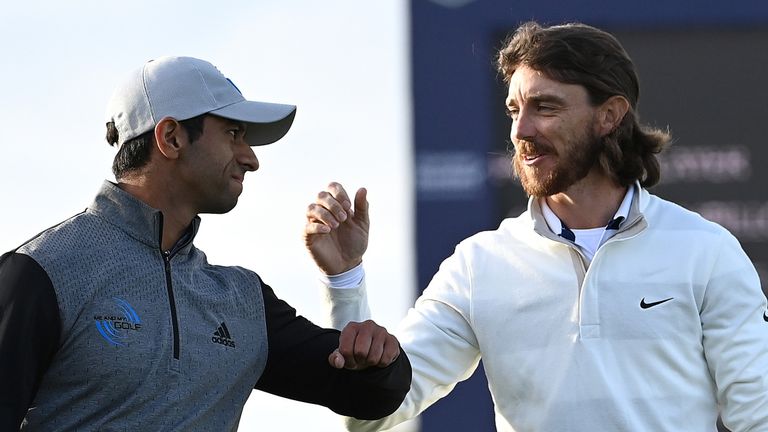 Fleetwood looked favourite in the play-off when he split the fairway with his fairway-wood from the tee back at the 18th after Rai found a deep bunker and was unable to reach the green in two.

But, after Fleetwood found the front fringe with his approach, Rai played a delightful pitch to three feet and Fleetwood mis-read his first putt and left himself a tricky distance for par, given that he missed from similar range for birdie at the 16th earlier.

Rai stepped up and knocked his par putt confidently in the middle, and Fleetwood again lacked conviction with the short stick as he pulled his effort left of the target, leaving Rai to celebrate his second European Tour victory and his first since breaking through in Hong Kong in November 2018 – a title he has been unable to defend.

It was just reward for an impressive final-round performance played in vastly-improved conditions from Saturday’s deluge of rain, Rai bouncing back from an early mistake at the second with five birdies over the next six holes.

The 25-year-old picked up further shots at 12 and 13, and another good up-and-down for birdie at the 16th took him to 11 under, a score he maintained with two good closing pars – including a great save at the 18th after again finding sand from the tee.

Rai signed for his 64 and returned to the practice range while Fleetwood and Rock were battling hard to force extra holes, although overnight-leader Rock then gave himself a great chance of the outright win when he recovered from an outward 38 with his first birdie of the day at the 10th and then three more in four holes from the 12th. 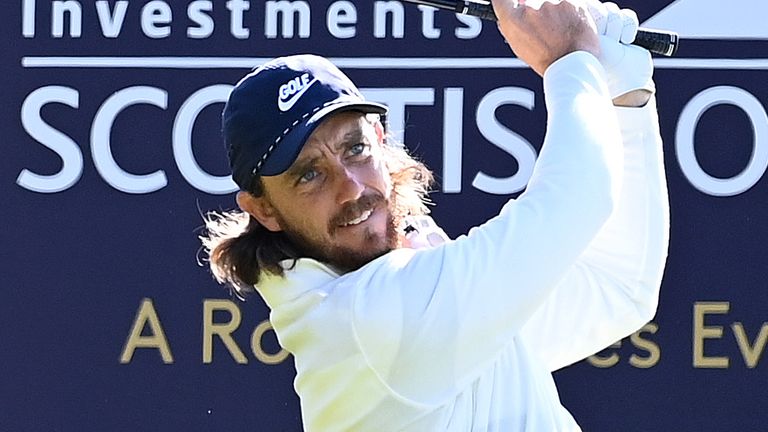 But he came up short with his approach to the last and surprisingly opted to chip rather than pull out the putter, and it proved a poor decision as he chipped 10 feet past the flag and failed to hole the return, settling for a 70 and a podium finish on 10 under par.

Fleetwood was up to the task, however, and, after his frustrating miss from inside three feet at the long 16th, he gave himself a chance to extend his tournament with a sublime second straight over the pin at the last, and the putt dropped for his fourth birdie of the back nine to cap a 67.

Disappointment would follow for Fleetwood on the same green moments later, although he was gracious in defeat as he said: “I hit a poor putt and that’s the end of it, really. Aaron played 72 holes very, very good, and it was Aaron’s time and Aaron’s week. Congratulations to him.” 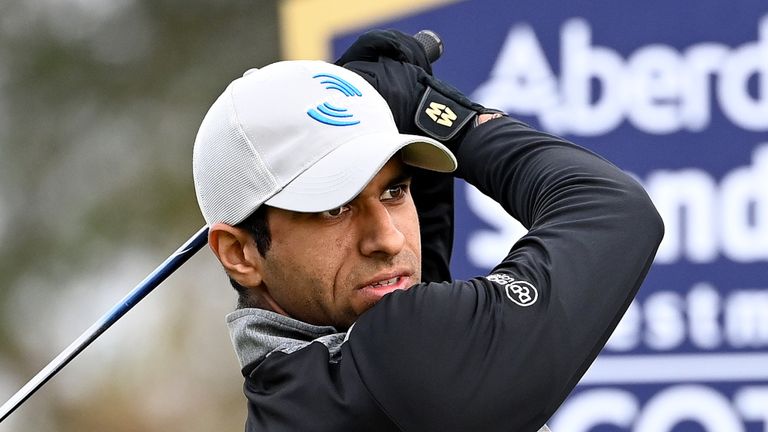 Rai’s 64 was the low round of the day

Marc Warren had the honour of being the leading Scot after he closed with a 66 that included an eagle at 16 which followed three birdies over the previous four holes, although he did bogey the last to slip to nine under alongside Lucas Herbert, whose 65 was 14 shots better than his third round.

Ian Poulter struggled to make much happen after an opening bogey and, after birdies at the seventh and 10th, his challenge was effectively ended by a double-bogey six at the 13th after he pulled his drive out-of-bounds.

The Englishman’s birdie-birdie finish salvaged a 70 and secured him a share of sixth with Marcus Kinhult and Erik Van Rooyen, while Ryder Cup captain Padraig Harrington proved there was still plenty of life in his playing career as he fired a 67 to finish on seven under with Eddie Pepperell.