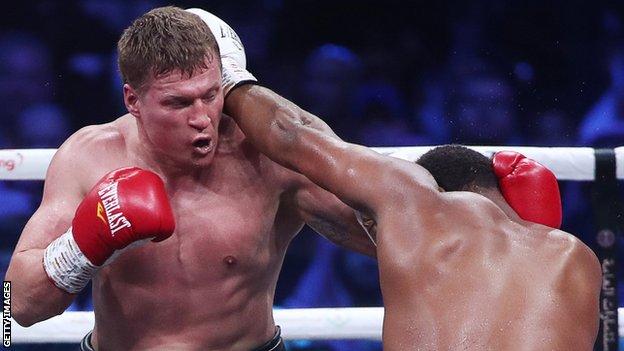 Povetkin won 36, drew one and lost three fights in his career

Former world heavyweight champion Alexander Povetkin says he is retiring from boxing because he needs time to fully recover from coronavirus.

"I'm no longer young. I have decided to end my career," said the Russian, 41.

Povetkin was WBC interim heavyweight champion until he was stopped by Briton Dillian Whyte in a rematch in March.

It was the third defeat of a career which yielded 36 wins, with the other losses to Anthony Joshua and Wladimir Klitschko.

The fight had been postponed from November 2020 after Povetkin tested positive for Covid-19.

Povetkin, who held the WBA title from 2011-13 and also won gold in the super-heavyweight class at the 2004 Olympics, said the illness had made it hard for him to train.

"It will take a long time, and I am not 20 years old anymore," he told the Tass news agency.