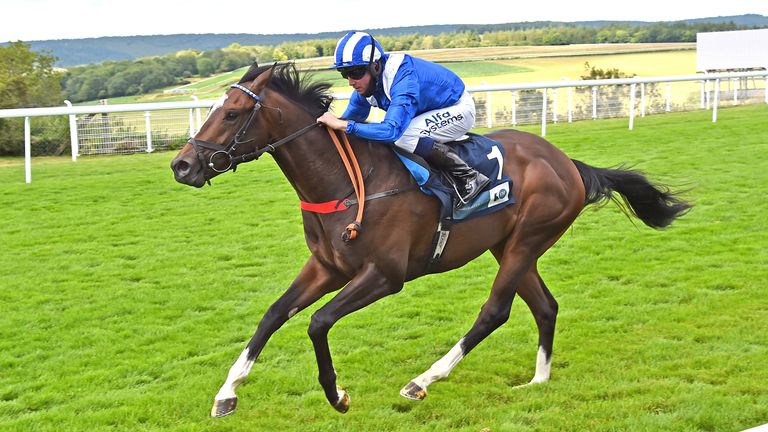 Mill Reef winner Alkumait will reappear back at Newbury on Sunday in the Watership Down Stud Too Darn Hot Greenham Stakes.

In the absence of the retired Mohaather, the three-year-old carries Marcus Tregoning’s main hopes for the forthcoming season.

Having failed to handle soft ground in the Dewhurst when last seen, Tregoning is looking forward to getting him back on a quicker surface.

“Having won the Mill Reef in September, I’m looking forward to returning to Newbury with him.

“The ground really didn’t suit him last time out (in the Dewhurst) and I think he’s a proper top of the ground horse.

“Condition-wise, he’s in the same position as we were with Mohaather when he won the race in 2019. Mohaather was a six-furlong horse dressed up as a miler, and his speed helped him win some very good mile races. Alkumait would be similar – he’s very speedy and we’re looking forward to finding out more about him.”

Richard Hannon has a major player in Chindit, who had been among the favourites for the Craven Stakes at Newmarket on Thursday.

“Chindit is going for the Greenham, that’s certainly the plan at the moment,” said Hannon.