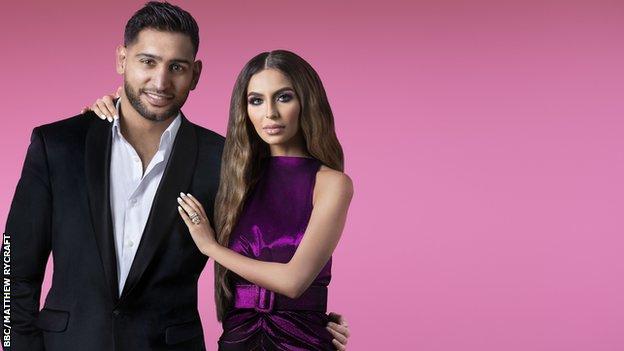 Meet The Khans: Big in Bolton, comes to BBC Three on Sunday, 28 March

Ever wondered what day-to-day life is like for a world champion boxer?

In Amir Khan's case there's glamour, of course – a holiday home in Dubai, and designer gear everywhere – but also squabbles about changing nappies and putting the bins out.

How do we know? Well Khan and his wife Faryal Makhdoom have invited BBC Three into their lavish home in Bolton.

Khan, 34, is a poster boy for British boxing – an Olympic silver medallist in 2004, he went on to be a two-time world champion.

He's also got his own charity and boxing academy, works as a promoter and has a role in the Middle East with one of the sport's governing bodies.

Makhdoom, meanwhile, is an influencer and has her own cosmetics brand.

In the week before Meet The Khans: Big in Bolton comes to iPlayer, we caught up with Khan to talk about the series, and about what life looks like for him at the moment.

'We wanted to show people the real us' 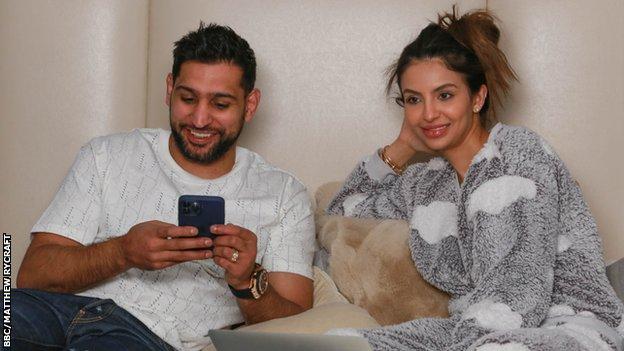 The series gives an insight into the family at home

The series documents how Khan and Makhdoom juggle their careers while looking after three young children.

And in lots of ways, it's quite relatable.

Khan has to check which types of rubbish go in which bins, and Makhdoom describes herself as "the real boss", saying: "Amir's the fourth child of the family. He demands more than my one-year-old."

Like lots of couples, they bicker about things like who's minding the kids, or damaging the pans.

It's definitely aspirational too, though. Khan has his different ventures, and Makhdoom is an entrepreneur.

"I'm not just Amir Khan's wife," she says in one episode. "I have my own life, my own career."

The range of expensive products she is sent during the series is incredible – and she wants people to see the work she has to put in.

"We wanted to show people out there, our fans, the real us," says Khan. 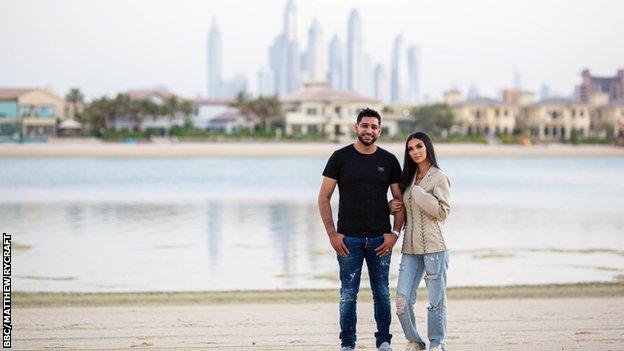 The couple taking some time out in Dubai

In another episode we see the couple buying a luxury holiday home in Dubai, which Khan tells us is tied into him becoming WBC president for the Middle East.

There was some negative press at the time, with critics saying it was bad taste to flaunt wealth on social media during a global pandemic.

Khan takes such talk on the chin. In one episode he reacts to a tabloid story about him posing with a flashy car by saying: "It's not even my car, I just like it!"

And after giving his son a Rolex for his first birthday, he insists his children are not spoiled.

"I worked hard to be in this position," he adds. "Hopefully this series will motivate people to work hard in life and chase their dreams." 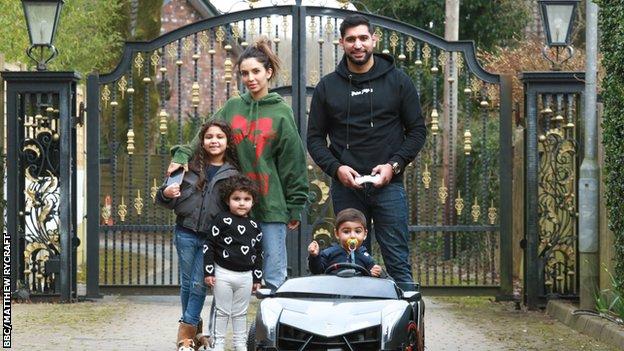 The family at their home in Bolton

Despite the trappings of fame and fortune, it is clear through the series that Khan has never lost his love for his hometown Bolton.

"I still have the same friends from high school," he says. "I've not changed one bit, I've always kept myself real.

Makhdoom, who married Khan in 2013, is from New York and moved to Bolton rather than continuing to study law.

'I made a few mistakes'

One thing the series doesn't shy away from is the relationship struggles Khan and Makhdoom have had.

In 2017 they split temporarily and had a public spat, with Khan – after being accused of cheating – saying Makhdoom had had a relationship with Anthony Joshua.

Joshua, for his part, said he had "never even met" her.

"Everyone knows the problems me and Amir had," Makhdoom says in the series.

"What really hurts is when people bring it up over and over again, especially when you got over that patch in your life."

But how easy was it to go back over that episode?

"We've all made mistakes," Khan says. "I made a few mistakes and I just wanted to be honest.

"I'm in a good place now and I want to show other people that you can get through this stuff too."

'When you're a public figure, you're always going to get nasty comments' 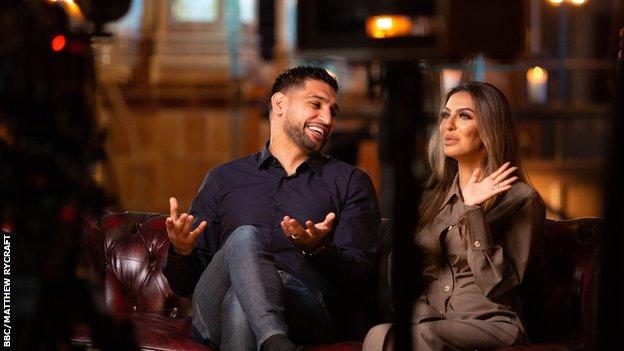 Khan and his wife talk about media scrutiny

The show also deals with the issue of online abuse.

"It messes your mood up, as much as you try to avoid and block those comments."

How does Khan deal with it?

"When you're a public figure, you're always going to get that," he says.

"You have to be honest with yourself and be open. You can't tell people what to think. I want people to watch the show and I believe that they'll connect with me." 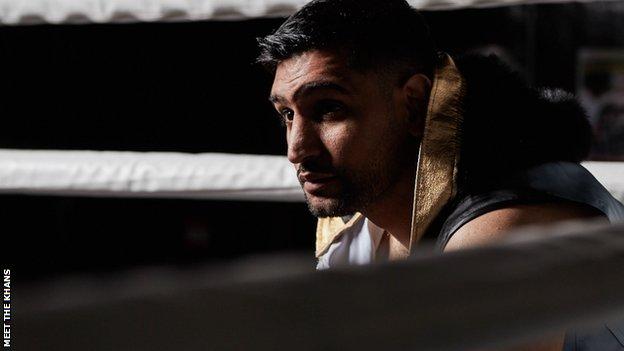 Khan says he misses the ring

Despite all of his other ventures and interests, Khan still wants to be known as a boxer.

His last fight was against Billy Dib, in July 2019. Victory took his record to 34 wins from 39 fights as a professional.

And he says he isn't done yet.

"I want to get back in that ring and give it one or two more fights and then call it a day," he says.

Meet The Khans: Big in Bolton comes to iPlayer on Sunday, 28 March, with episode one airing on BBC One at 22:45 GMT on Monday, 29 MarchBBC Three brings you PRU: Four teens navigate the difficulties of adolescence in a school for excluded kidsThe End of Silence: Football's darkest secrets are uncovered
Source