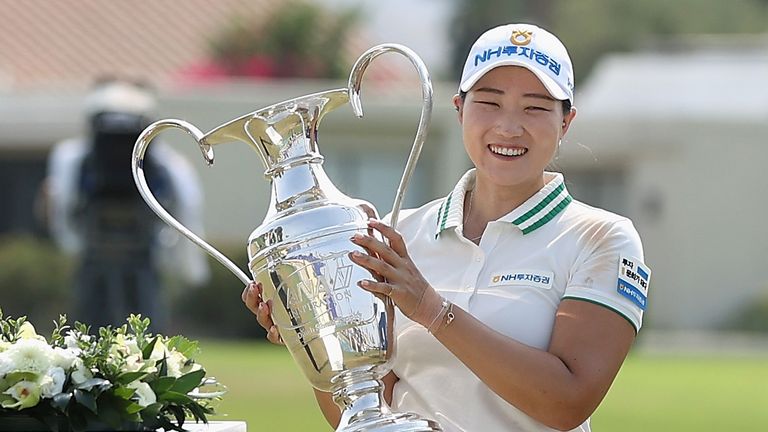 Mirim Lee snatched a dramatic victory at the ANA Inspiration as she edged out long-time leader Nelly Korda and Brooke Henderson at the first play-off hole.

Lee looked to have blown her chance when she bogeyed the 17th to slip two strokes off the lead at Mission Hills Country Club in California, but after her second to the par-five last cannoned off the controversial wall at the back of the green, she pitched in for eagle to cap a 67 and finish on 15 under par. 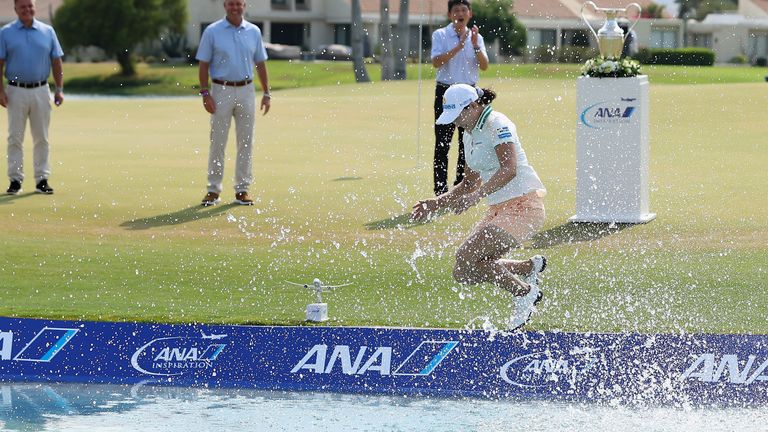 Lee got to take the victory leap into Poppie’s Pond

The South Korean’s third chip-in of a remarkable round was enough to force extra holes when Korda missed a tricky putt for birdie and the outright win as she signed for a three-under 69, while Henderson was another to take advantage of the wall at the last and got up and down for birdie.

The top three returned to the 18th tee for the play-off, and Korda was again forced to lay up after pulling her drive into rough, while Henderson went for the green in two but only narrowly cleared the water at the front of the putting surface. 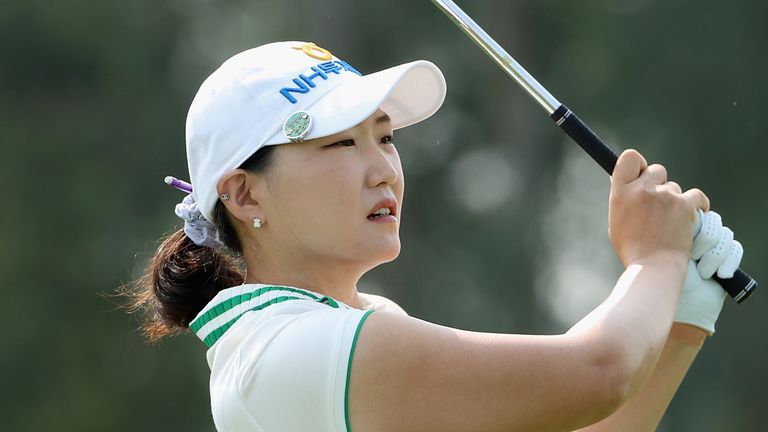 Mirim Lee chipped in three times on the final day of the ANA Inspiration, including a pitch-in for eagle at the last which got her into a three-way play-off.

Lee again found the back fringe, this time without the aid of the backstop, and Korda wedged to 15 feet before Henderson got a little heavy-handed with her chip and her ball raced eight feet past.

Lee pitched to seven feet and, after her two rivals both missed their birdie chances, the 29-year-old held her nerve to hole the left-to-right putt for the win and her first major title.

She had earlier chipped in for birdies on the sixth and 16th holes, the latter from 80-foot range, but her lone mistake of the final day at the 17th looked to have cost her until she produced her thrilling finish which wrestled the clubhouse lead away from 2014 champion Lexi Thompson (69).

Korda had bounced back well from a torrid front nine on Saturday, and she made the best start of the leaders with birdies at three of the first six holes, with Henderson picking up shots at the second and fourth. 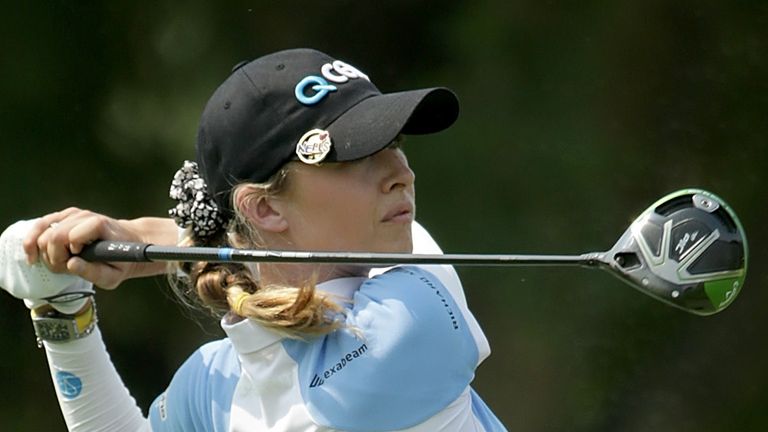 Nelly Korda missed a putt for the win

But Korda, daughter of former Australian Open tennis champion Petr Korda, saw her game become a little ragged around the turn as she mixed three bogeys with two birdies in an up-and-down five-hole stretch, with Henderson matching her two at the 11th to stay tied for the lead.

Henderson then made a mess of the 13th and ran up a double-bogey six, while Korda steadied herself with a birdie at 14 before she parred home to ensure a place in the play-off with Lee and Henderson, who fought back from her blemish at 13 and birdie 16 and 18. 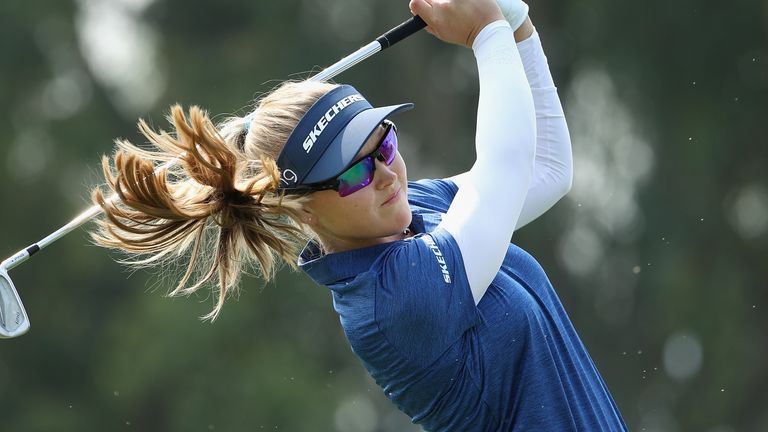 Lydia Ko, the champion at Mission Hills in 2016, posted the day’s low round of 66 to race to 10 under and finish in outright sixth, while Mel Reid was unable to build on an encouraging start to her final round.

Birdies at the third and fifth kept Reid within striking distance of the leaders, but her challenge effectively ended with back-to-back bogeys at 11 and 12, and a birdie at the last completed a 71 and sealed her third top-10 finish in a major championship on nine under par.