Fiftieth edition of first major of the year to take place in California from April 1-4 after LPGA delayed it until September last year due to coronavirus pandemic; Mirim Lee looking forward to defending title with 18th hole to be played in its ‘purest state’ 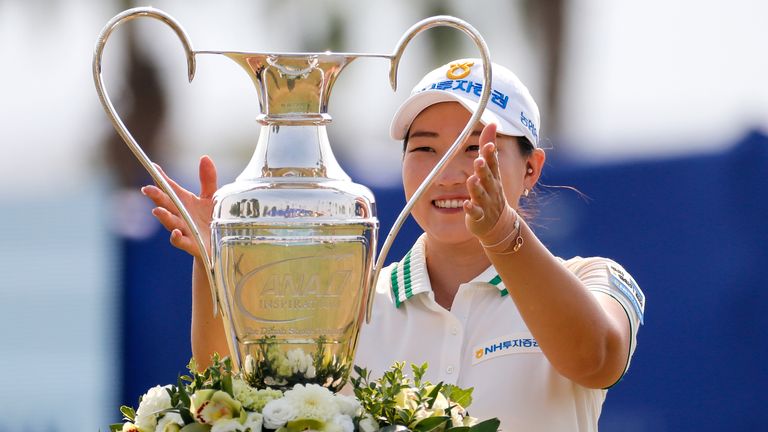 The ANA Inspiration – golf’s first major of the year – will return to its traditional slot of April this year, although it will once again be played without spectators.

The LPGA has confirmed the 50th edition of the tournament will take place on the Dinah Shore Tournament Course at Mission Hills Country Club in Rancho Mirage, California from April 1-4.

The event was delayed until September last year due to the coronavirus pandemic – when it was contested amid 100-degree temperatures – with South Korea’s Mirim Lee claiming her first major victory by edging out Nelly Korda and Brooke Henderson with a birdie on the first play-off hole.

The course is located in Riverside County which remains under heavy Covid-19 restrictions by the state of California so a second year without spectators was required.

“Definitely being the very first opening major of the year is very special to us and not having the different weather conditions and different course conditions [is important],” said tournament director of communications Michele Mair said.

Lee is looking forward to revisiting the scene of her victory and told lpga.com: “I can’t wait to return to Rancho Mirage as the defending champion. Usually you have to wait 12 months to get to defend a title so it’s pretty unusual we will be back there so soon. 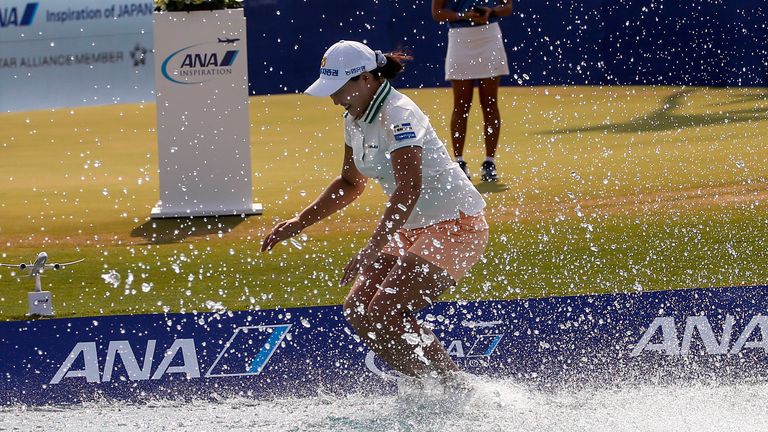 “For me personally, I think it will be wonderful to be back there as soon as possible and have the chance to relive all the happy memories and feelings of winning there last year. I am very sad that all the amazing fans still won’t be able to return this year, but it is a very understandable and sensible decision to make when we are in a global pandemic.”

One change to the course set-up this year will be that there will be no big blue sponsor’s wall behind the green on the 18th.

It was used last year to mimic where a fan hospitality area would be, but players ended up using the wall as a back-stop in order to carry the water in front of the island green on the par-five hole.

Lee used the wall to help her record an eagle-three on her final hole to earn a spot in the play-off.

“We won’t be building anything on the island,” tournament manager Alyssa Randolph said. “We’ll turn back to its 1972 roots and its purest state as an island green.”