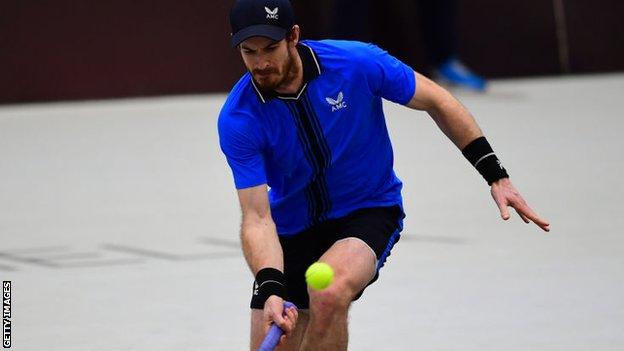 Murray began his season in Biella, Italy on the ATP Challenger Tour, losing in the final to Ukraine's Illya Marchenko on 14 February.

Murray, who missed the year's opening Grand Slam in Australia following a positive test for coronavirus, last played on the ATP Tour in Cologne in October when he suffered a first-round defeat by Fernando Verdasco.

Gerasimov, knocked out in the second round of the Australian Open, made the first break of serve to lead 4-3, and though Murray responded immediately his opponent eventually took his fourth set point to prevail 10-8 in the tie-break.

Murray, who missed a set-point opportunity of his own when 7-6 ahead in the tie-break, was unable to launch a comeback as Gerasimov comfortably won the second set in 35 minutes.

He faces Slovenia's Aljaz Bedene or Italy's Jannik Sinner in the second round.