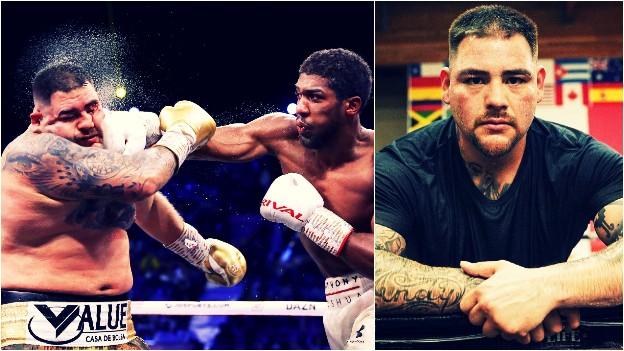 "I killed the old Andy and a new Andy was born."

Andy Ruiz Jr says tears, a new regime and a hunger to recapture the world heavyweight title have fuelled a 55lb weight loss as he prepares to return to the ring for the first time in 17 months.

The Mexican has not fought since losing a rematch to Anthony Joshua in December of 2019, when moments after defeat he admitted "partying" had led to substantial weight gain and a below-par performance.

"I have a lot to prove," he said as he prepares to fight American Chris Arreola in California on Saturday.

"I let a lot of people down, and that's why I had to make big changes to myself."

'I would have beaten Joshua' 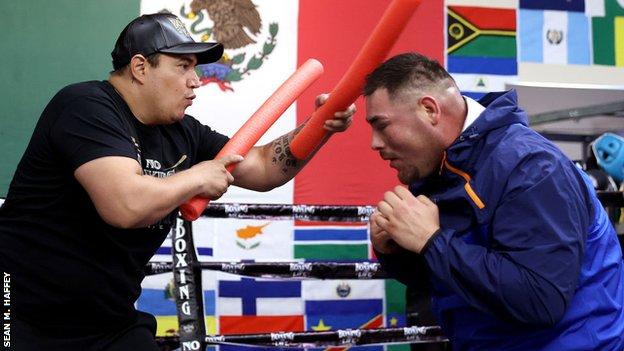 Ruiz, 31, became Mexico's first world heavyweight champion when he stunned Joshua in their initial contest in June of 2019 but he later said the pressures and distractions that came with the titles proved problematic.

He has opened up about breaking into tearsexternal-link following his rematch with Joshua and some in the sport labelled him "a disgrace" for entering the ring out of shape.

His frustration moved him to join forces with trainer Eddy Reynoso – the man who guides the career of pound-for-pound king Saul 'Canelo' Alvarez – and his social media pages are now filled with footage of workouts in the ring, gym and swimming pool.

"I was at 310 pounds when I started this camp," added Ruiz, who weighed 283lb for his rematch with Joshua and now says he is at 255lb.external-link

"We started losing weight slowly but surely. People are wondering if I'm still going to have the same power after losing weight, but I've been working hard for this moment and the power is definitely staying with me.

"I believe I have the fastest hands at heavyweight. I'm not where I want to be at right now, but I'm a lot better than where I was.

"The lack of discipline that I had before training with Eddy Reynoso has been the biggest difference heading into this fight. You can't play boxing. You have to stay ready always.

"Right now I'm motivated. I killed the old Andy and a new Andy was born. I want the heavyweight title even more now. It's because of the way I lost. I Imagine that if I had been in this shape, I would have won the rematch with Joshua. Things happen for a reason and I'm just happy that I have the mindset that I have now."

Ruiz holds a record of 33 wins from 35 fights, while 40-year-old Arreola has lost six times in 47 outings. 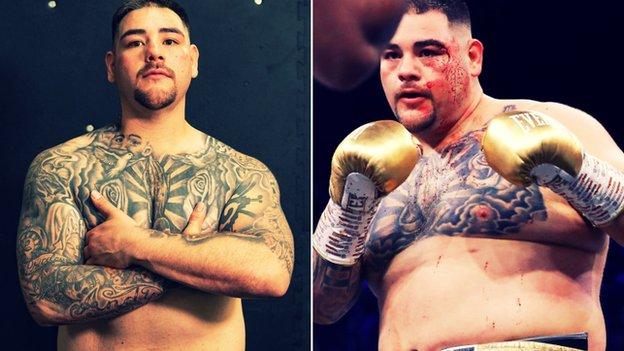