A nine-under 64 saw Georgia Hall break the course record and move top of the leaderboard at the Centurion Club – watch the final round live on Saturday – for free – from 1.30pm on the Sky Sports Golf YouTube channel. 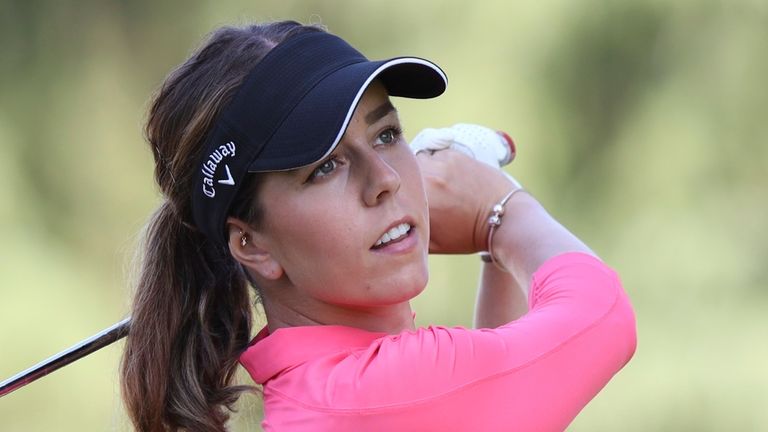 Georgia Hall is chasing a first worldwide win of the season

Georgia Hall broke the women’s course record at the Centurion Club to take a one-shot lead into the final round of the Aramco Team Series.

The Englishwoman carded two eagles and five birdies on her way to a bogey-free 64, jumping her to 11 under in the individual event and giving her a narrow advantage over Atthaya Thitikul.

Norway’s Marianne Skarpnord is three strokes back in third after eight birdies over her closing 11 holes lifted her to eight under, Charley Hull is four off the pace after finishing her second round with two bogeys over the last three holes, 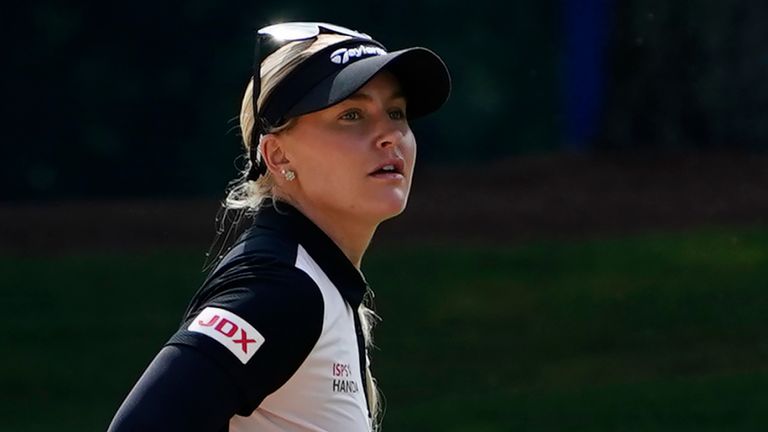 Hall made a lightning start by following back-to-back birdies over her first two holes with successive gains from the fourth, before holing out for eagle at the par-four eighth to reach the turn in 31.

The 2018 AIG Women’s Open champion made another eagle at the par-five 13th and picked up a shot at the 17th, with a superb up-and-down to save par at the 18th seeing her close out a blemish-free round.

Overnight co-leader Kelsey MacDonald is five off the pace after a level-par 73, with Sweden’s Anna Nordqvist in the group on five under that contains Cloe Frankish and Wales’ Chloe Williams.

A team event is running alongside the individual competition, with each team containing three professionals and an amateur and the best two scores on each hole taken forward for the team score.

Team Cowan, captained by Olivia Cowan, are on -29 and hold a two-stroke advantage over Team Simmermacher, with Team Williams four off the pace in third.