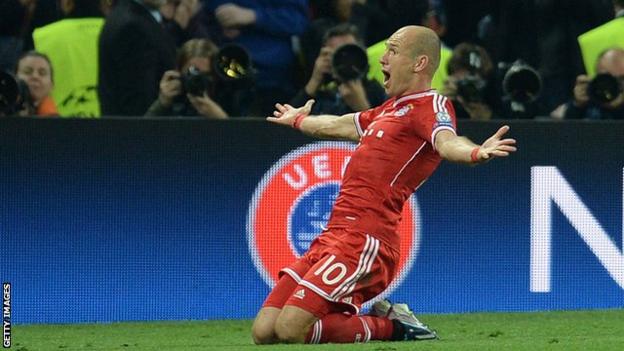 Arjen Robben has retired from football for the second time at the age of 37.

The former Netherlands international initially hung up his boots in 2019 before reversing the decision to return to his first club Groningen last se ason.

Injuries and the coronavirus pandemic marred the winger's second spell and he announced his decision on Thursday.

He also played at PSV Eindhoven, Real Madrid and Bayern Munich, and won 96 caps for his country, scoring 37 goals.

He wrote on Twitter: "I have decided to end my active football career, it was a very difficult choice. I want to thank everyone for their heart-warming support!"

Signed by Claudio Ranieri before he was sacked by Chelsea in 2004, Robben played a key role as the Blues won back-to-back titles under Jose Mourinho in 2005 and 2006.

In 2007, he was sold to Real Madrid, but, despite winning La Liga in his first season, it was at Bayern Munich where he showed his best form.

Robben joined the German side in 2009 and helped them to a treble four years later by scoring in the Champions League final win over Borussia Dortmund at Wembley. He stayed in Bavaria until his first retirement.

Having played in the 2010 World Cup final, which the Dutch lost to Spain, Robben quit international football in 2017 when the national team failed to qualify for the 2018 tournament in Russia.