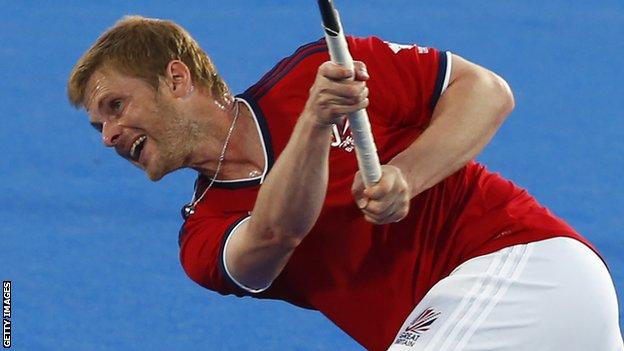 Ashley Jackson has chosen to "step away" from the Great Britain hockey team in the build up to the Olympics in Tokyo this summer.

GB hockey said the Games being postponed by a year because of coronavirus, injuries and personal reasons were behind Jackson's decision.

The 33-year-old has scored a record 137 goals in a combined 250 games for Britain and England.

"Things haven't worked out quite how I wanted for this summer," said Jackson.

"However, I hope I haven't put the shirt on for the last time."

He added he wished the team "all the best for the summer from the bottom of my heart".

Jackson has represented Great Britain at three Olympic Games and won gold with England at the 2009 EuroHockey Championships.

He had returned to the GB senior programme in 2019 after taking a break following the 2016 Olympics in Rio.

"Following the challenging months within the programme, I understand and respect Ash's decision to step away," said GB head coach Danny Kerry.

"Ash has shown a depth of character and resolve to stand fast and push through a series of rehabilitation and physical conditioning phases.

"I wish Ash well in taking some time to recharge his batteries and I look forward to staying in touch to 'talk shop'."

Jackson will continue to play for EHL Premier Division side Old Georgians and hopes to return to play for Basingstoke Bison ice hockey team.