Australia previously hosted the 2003 Rugby World Cup and co-hosted the inaugural World Cup with New Zealand in 1987; Argentina withdrew their bid for 2027, leaving Russia the only other country in the race 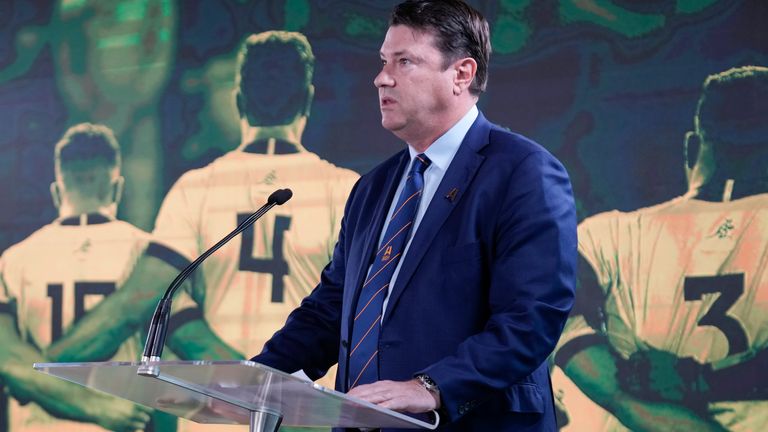 Australia has officially launched its bid to host the Rugby World Cup in 2027.

The country, which co-hosted the inaugural event in 1987 with New Zealand before holding it outright in 2003, announced its campaign at the Museum of Contemporary Art on Sydney Harbour.

Luminaries of the Australian game including two-time World Cup winners John Eales and Phil Kearns attended the launch on what Rugby Australia chairman Hamish McLennan called “an exciting day for all Australians”.

“Hosting Rugby World Cup 2027 is a once-in-a-generation opportunity for Australia, which would drive substantial economic outcomes for our country, while also providing a lasting legacy for rugby in this region,” McLennan said.

World Rugby is expected to decide on the tournament’s host in May 2022.

With Argentina having withdrawn their bid for 2027 and Russia the only other country in the race, Australia appears to be in a strong position.

Eales says hosting a World Cup would be an important step in the rejuvenation of the sport in the country after a few lean years.

The goal-kicking lock forward played a part in both of Australia’s World Cup triumphs, running out for his 10th Test in the 1991 final at Twickenham and raising the Webb Ellis Cup as captain in Cardiff in 1999.

Australia reached the final again in 2015 but the years since have seen the Wallabies slump to seventh in the world with major financial woes compounding a sense of crisis in the game.

“There’s no question Australia does a great job in running large, international events and the 2027 World Cup will be no different,” said Eales.