Former world No 1 Martin Kaymer tied for the lead alongside Alejandro Canizares at Austrian Golf Open, with seven players within three strokes; watch the final round live from midday on Sunday on Sky Sports Golf 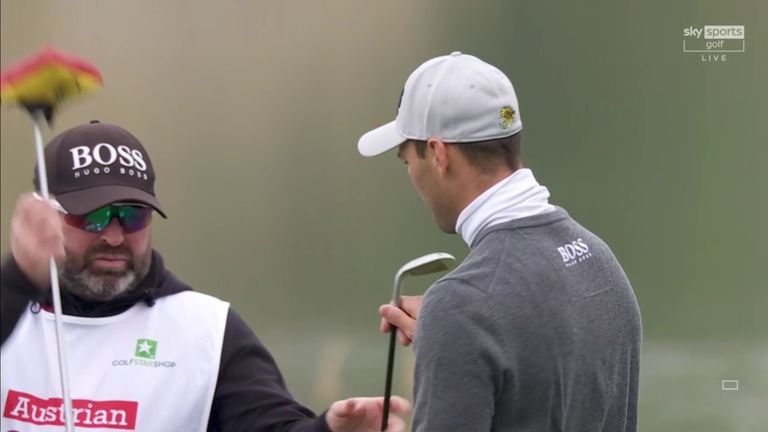 The best of the action from the third round of the Austrian Golf Open, where Martin Kaymer moved back into a share of the advantage

Martin Kaymer remains in the hunt to end his seven-year winless run after reclaiming a share of the lead heading into the final round of the Austrian Golf Open.

The former world No 1, without a worldwide win since registering his second major title at the 2014 US Open, posted a third-round 69 at Diamond Country Club to join overnight-leader Alejandro Canizares on nine under.

Max Kieffer is a shot behind the leading pair in third ahead of John Catlin, while England’s Daniel Gavins sits tied-fifth and three strokes back alongside Joost Luiten and Jacques Kruyswijk. Players observed a minute’s silence to pay their respects to HRH Prince Philip, the Duke of Edinburgh, during the third round of the Austrian Golf Open

Starting the day a shot behind Canizares and playing in the group ahead, Kaymer opened with a two-putt birdie at the par-five first and picked up a shot at the next to briefly grab the solo advantage.

Canizares racked up four consecutive birdies from the third and bounced back from a double-bogey at the seventh, where he took two attempts to get out of a plugged lie in a bunker, to make a long-range gain at the ninth and turn in 33.

The Sp aniard sent his tee shot out-of-bounds at the par-four 10th and made a double-bogey, as Kaymer followed a tap-in gain at the seventh and a 15-foot birdie at the 10th by missing a chance to save par from six feet at the next.

Canizares reclaimed a share of the lead when he fired his approach at the 12th to tap-in range, while Kaymer responded to a four-putt bogey at the par-five 15th by rolling in a 50-foot birdie at the next. 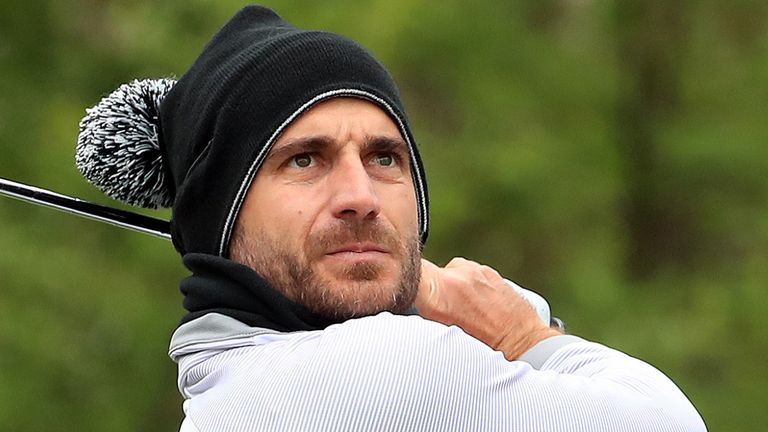 Alejandro Canizares is without a worldwide top-10 since March 2020

Kaymer then splashed out of the sand to 12 feet at the last and saved par to set the clubhouse target, as Canizares closed his round with six straight pars to join the German on nine under.

“I’m really excited about tomorrow,” Kaymer said. “It really doesn’t matter what happens – if you win or not – it’s just nice to be in that position. Last year I had a couple of chances which I didn’t use. More often as you get into that position I think you get more comfortable and then it’s just a matter of time.” Martin Kaymer assesses his hopes of winning the Austrian Golf Open and says it’s only a ‘matter of time’ before he returns to the winner’s circle.

Kieffer briefly held a share of the advantage until he followed five birdies over his first 12 holes with successive bogeys from the 13th, while Catlin got within two of the lead after three birdies in his last seven holes.

Just five strokes separate the leading 13 players heading into the final day, with home favourite Matthias Schwab in that group after a bogey-free 66 saw him jump to four under and tied-ninth.

Who will win the Austrian Golf Open? Watch the final round on Sunday from 12.30pm on Sky Sports Golf.