Spaniard Alejandro Canizares dropped three shots on his first two holes but rallied to fire a two-under 70 and regain his lead ahead of Martin Kaymer and John Catlin at the Austrian Golf Open. 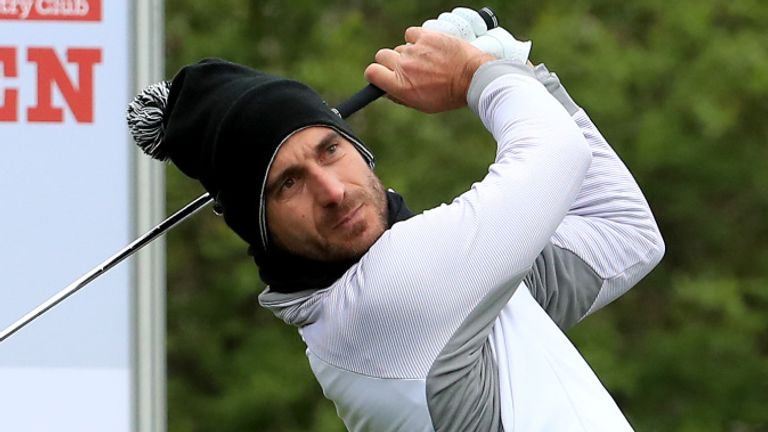 Alejandro Canizares will take a one-shot lead into the weekend

Alejandro Canizares recovered from a terrible start to his second round to retain his lead over Martin Kaymer and John Catlin at the halfway stage of the Austrian Golf Open.

Canizares hit back from a bogey, double-bogey opening to fire a six-birdie 70, with Kaymer and Catlin also two under for the day as the Diamond Country Club in Atzenbrugg continued to be gripped by frigid temperatures.

Overnight leader Canizares did well to regain his composure following his rocky start at the 10th, making three birdies in a row from the 14th and responding to another blemish at 17 by picking up three shots in four holes on the front nine.

The Spaniard was unable to post back-to-back sub-70 rounds after dropping a shot at his final hole, but his 70 was enough to keep him on top of the leaderboard heading into the weekend.

“I struggled at the beginning, I then started hitting some great shots, I think the turning point was at the 15th where I made a long putt for birdie and that triggered it a little bit,” Canizares told the European Tour. “I started doing very well after that, didn’t make many putts – that was the only one really 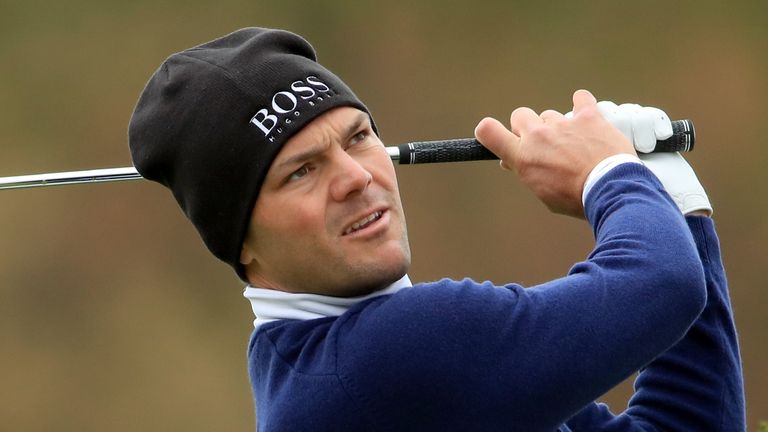 Martin Kaymer fired a 70 to stay one behind the Spaniard

“Overall it was a great round. I was trying to hit every shot the best that I could because at the start it was really cold and I was feeling it more than yesterday. The most important thing was to stay calm and focused and accept the fact that you’re going to be freezing cold and move the best you can with every shot.”

Two-time major champion Kaymer kept himself in the hunt to end his near seven-year winless run, carding five birdies against three bogeys to get to six under alongside Catlin, who pipped the German to the Andalucia Masters title in September last year.

“I would rather lead the tournament, but I think it was a decent start to the golf tournament,” said Kaymer, whose last win anywhere in the world was the US Open in 2014. “I missed a few opportunities and made a couple of silly mistakes, but I can build on my solid play and hopefully I can avoid a couple of mistakes over the weekend.

“I struggled on the par-threes a little bit, especially with the tee shots on six and 14. Those two par-threes really play with my mind a little bit, I don’t know what it is, so I need to figure it out over the weekend, not so much on the range, but I need to find a way to actually hit a shot on those holes.”

Kaymer added that being creative was vital in the conditions, with the freezing winds forecast to continue throughout the weekend. Kaymer and Thomas Detry take shelter from the elements

“I think it’s very necessary that you act spontaneously on the conditions,” he said. “The wind obviously affects your golf game a lot. There’s not really one normal golf shot out there, you need to consider the wind and therefore I think it will be really interesting how it will play on Saturday and Sunday.”

Justin Walters birdied three of the last six holes in a 68 which lifted him into contention on five under, and the South African was one of only two players in the field to hand in a bogey-free card in the bitter cold on Friday.

Walters’ 68 was matched by Max Kieffer and SSP Chowrasia, who both jumped to four under to join Jacques Kruyswijk (72) and England’s Richard Mansell (71) in a share of fifth, just ahead of six-time European Tour winner Joost Luiten and Scottish veteran David Drysdale.