Yibir wins for first time in 2021 after filling the places on first three starts this year; Charlie Appleby’s three-year-old beats Mandoob and Dancing King in Bahrain Trophy at Newmarket; trainer says gelding will be nice horse for next season 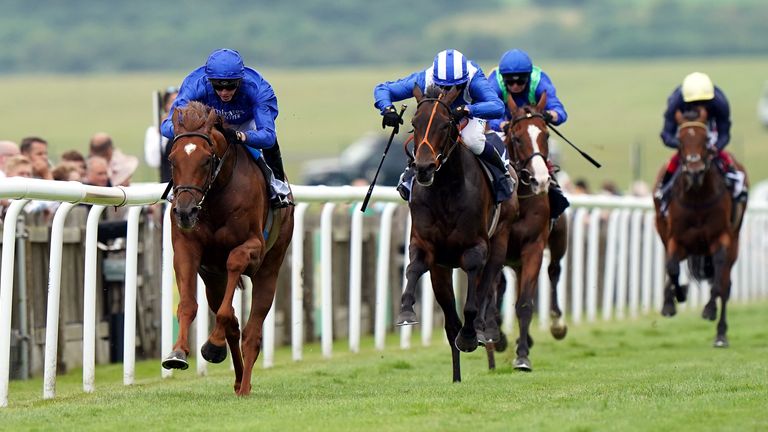 Yibir added his name to Charlie Appleby’s team of smart three-year-olds when winning the Bahrain Trophy at Newmarket.

Appleby won the Cazoo Derby at Epsom with Adayar and the Irish Derby at the Curragh with Hurricane Lane, and at the start of this season Yibir was probably held in just as high regard as those two.

He ended last year by winning the prestigious Haynes, Hanson & Clark conditions race at Newbury and held Classic aspirations himself.

Immediately behind Adayar when third at Sandown and second to Lone Eagle at Goodwood, this Group Three assignment was a first for the son of Dubawi since being gelded and also a first try at a mile and five furlongs.

Gear Up tried to make all, but he soon looked a sitting duck and with over a furlong to run James Doyle hit the front on the 6-4 favourite who comfortably saw off the previously unbeaten Mandoob by two and a half lengths.

Appleby said: “He’s been gelded now so he’s a horse for the autumn and very much into next year.

“As we’ve seen, the three-year-olds, particularly the staying and middle-distance horses, are coming to the fore now.

“I’m delighted he’s got his head in front, I think it will do this horse’s confidence the power of good and he’s going to be a nice horse for next year as much as anything.

“We’ll put him back in the pack and see where we shuffle him later on.”