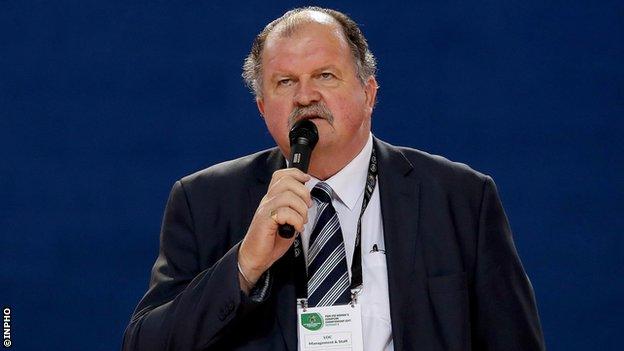 Basketball Ireland has started an investigation into a social media post from CEO Bernard O'Byrne after England's Euro 2020 semi-final victory.

The comment made reference to the Black Lives Matter campaign and England forward Raheem Sterling.

"We are following internal processes and conducting a full investigation," said Basketball Ireland.

England defeated Denmark 2-1 in the Wembley semi-final with the hosts awarded a penalty after a challenge on Sterling.

O'Byrne was appointed CEO of Basketball Ireland in 2011 and was formerly treasurer and CEO of the Football Association of Ireland.

"It was an error of judgement and I wholeheartedly apologise," he said.external-link

"My choice of words commenting on a penalty incident were not thought out."

Basketball Ireland said it "would like to stress its ongoing commitment to inclusion and basketball's diverse community, which has been led by Mr O'Byrne in recent years".

It's board met on Friday and a later statement repeated this commitment while chairman Paul McDevitt said that Basketball Ireland could not "comment on our ongoing internal investigation and would urge patience while this is completed."