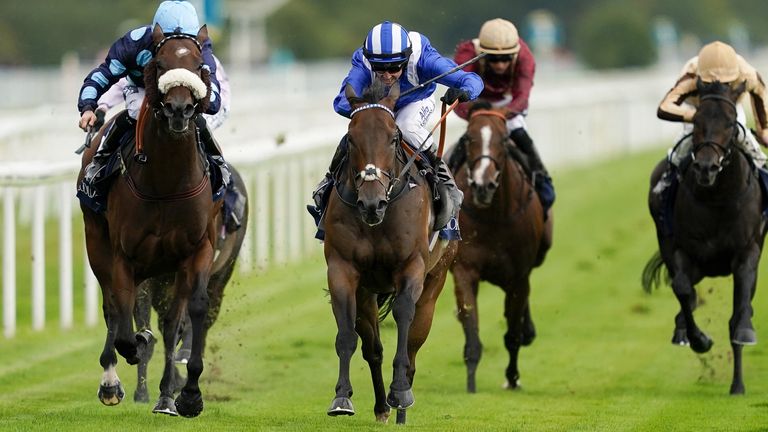 Champion sprinter Battaash is not certain to make Royal Ascot after suffering an injury while wintering at Shadwell Stud.

The seven-year-old sustained a small fracture which has set him back a month and put in doubt his attempt at repeating last year’s victory in the King’s Stand Stakes.

However, he is back cantering and it is hoped he will go back into training with Charlie Hills in a couple of weeks’ time.

“He just had a tiny little fracture in a joint during the winter and we’ve had to give him plenty of time off. He’s had a pin put in it,” said Angus Gold, Shadwell’s racing manager.

“He’s been back cantering for five weeks now and he seems fine at the moment and we will give him two more weeks cantering there and then, all being well, he will go back into training at that stage.

“Obviously the horse’s welfare is our main concern.

“He’ll be a month later going into training than normal, but (the late) Sheikh Hamdan did say to try him again as long as he was sound.

“Because he is going back in later than normal, it’s not guaranteed he’ll get to Royal Ascot. Hopefully he will, but we will see how he goes when he gets back in. He’s seven years old and we need to make sure he’s in one piece.”