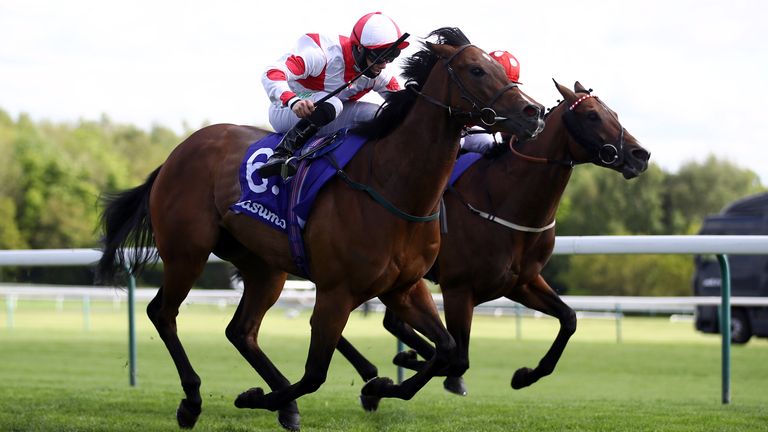 John Quinn is set to be two-handed in Tuesday’s King’s Stand Stakes with Liberty Beach and Keep Busy lining up at Royal Ascot.

Both horses ran with great credit at the meeting in last summer with Liberty Beach finishing third behind Battaash in the Group One, while Keep Busy was runner-up to Art Power in the five-furlong handicap for three-year-olds.

The pair clashed on their seasonal reappearance in the Temple Stakes at Haydock last month, with Liberty Beach taking the Group Two prize and Keep Busy finishing fifth.

Quinn was pleased with the pair and is looking forward to seeing them bid for Group One honours.

“They are working well. I’m very happy with them. They’ve come out of Haydock well.” said the North Yorkshire handler.

“You could see with Keep Busy the run wasn’t lost on her. That was her usual. It’s her style.

“Liberty Beach has come on as well. Both will turn up.”

Quinn has a choice of races for his unbeaten two-year-old Tipperary Sunset – Wednesday’s Windsor Castle Stakes and the Norfolk Stakes on Thursday.

The son of Ardad looked smart when adding the Continental Two-Year-Old Trophy at Beverley to his debut success at Hamilton.

“He’s come out of Beverley really well and I intend to run him in one or the other.”

Quinn has Frankenstella in the Ascot Stakes, but the four-year-old filly is not certain to make the cut and ground conditions might not be in her favour.

“She might not get in and she might need rain to run. We’ll keep a good eye on everything,” he said.