England all-rounder Ben Stokes bounced back from heartbreak in a major final to triumph in another one and is tipping England’s footballers to do the same after their agonising defeat at Wembley; Stokes says nation engrossed by run to Euro 2020 final under “incredible” Gareth Southgate Ben Stokes has described England’s Euro 2020 squad as “absolute legends” and backed Gareth Southgate’s side to come back strong from their Wembley heartache on Sunday night and experience more “big occasions”.

England were beaten 3-2 on penalties by Italy in their first major final in 55 years, with Marcus Rashford, Jadon Sancho and Bukayo Saka missing spot-kicks in the shootout.

Stokes knows all about bouncing back from misery in a crunch final, playing a key role in England’s cricketers winning the 2019 50-over World Cup at Lord’s, having been hit for four successive sixes by Carlos Brathwaite three years earlier as West Indies stunned England to claim the T20 World Cup.

On England’s footballers, all-rounder Stokes said: “They will be absolutely devastated and it will probably hurt for a few more weeks.

“But I’m sure once they get over it and have an understanding of what they are able to achieve there will be more big occasions to come for those guys, no doubt. “They are such a young team full of talent that the sky is the limit for them.

“They have so many more years, so many more tournaments to go and prove themselves in, so much time to win trophies for England.

“In my eyes and everyone else’s eyes in our changing room, they are absolute legends already. 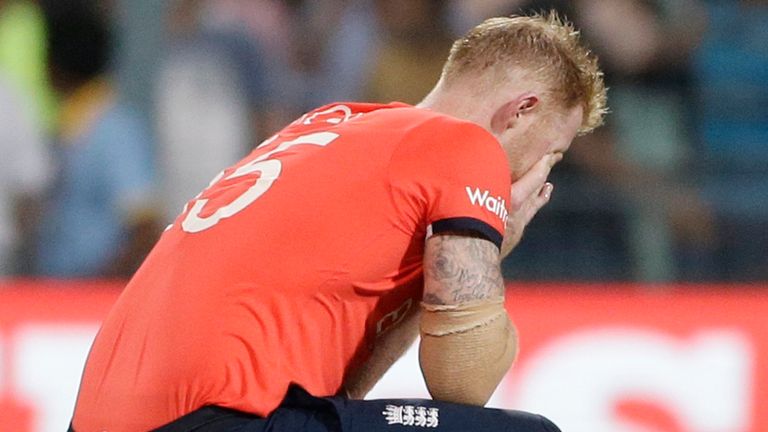 “Everyone in the nation would have loved to see England win but just watching the games you feel a real connection to the team in the way Gareth has led and the way he speaks. I think he has been phenomenal in everything he has done.

Gareth Southgate: I want to take England to Qatar 2022

“As a national team in another sport, we are incredibly proud of what they have done.

“Never has an England team been so exciting to watch – I am not massively into my football like some of our lads are but I have watched this team every time they have walked onto the field.”