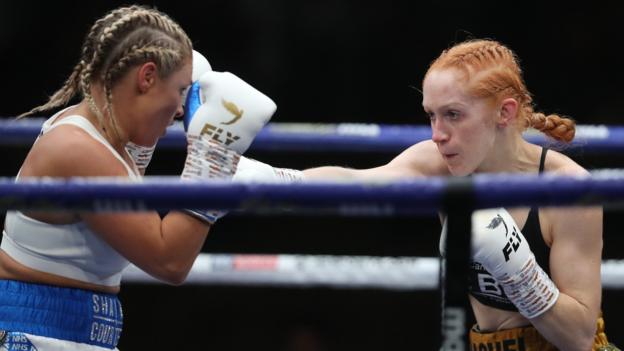 The 27-year-old was set to face fellow Briton Rachel Ball, but Ball is recovering from Covid-19.

It will be Courtenay's eighth professional fight – her only defeat came against Ball at Fight Camp last summer.

The Watford fighter responded with a seventh-round stoppage of Poland's Dorota Norek in December.

"I was gutted to hear Rachel had pulled out but safety comes first so I wish her a speedy recovery and look forward to when we do have that rematch down the line," said Courtenay.

Bridges is undefeated in her five professional contests.

The title fight will take place on the undercard of the Conor Benn-Samuel Vargas fight on 10 April, at a venue yet to be decided.

Hartlepool's Savannah Marshall will also be making the first defence of her WBO middleweight title on the same card.