The British and Irish Lions fell to a narrow 17-13 loss at the hands of South Africa ‘A’ in Cape Town on Wednesday as the visitors suffered their first defeat on tour; Warren Gatland has plenty to ponder ahead of the opening Test which begins on Saturday 24 May 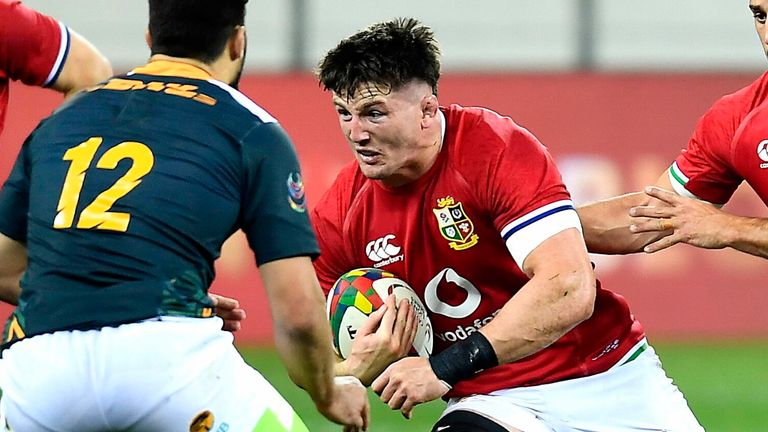 Curry starred against the South Africans

The Lions came up just short in Cape Town against South Africa ‘A’, but who stood out to stake their claim for a Test spot?

Tom Curry showed his class as he bids to start the first Test at seven, while fellow Englishmen Maro Itoje and Anthony Watson also pressed their cases for selection in the starting XV.

After comfortably winning their opening three games on tour, the Lions came unstuck against a strong South Africa ‘A’ side thanks to tries from Sbu Nkosi and captain Lukhanyo Am.

Despite the setback, there were lots of positives to come out of the performance nonetheless. 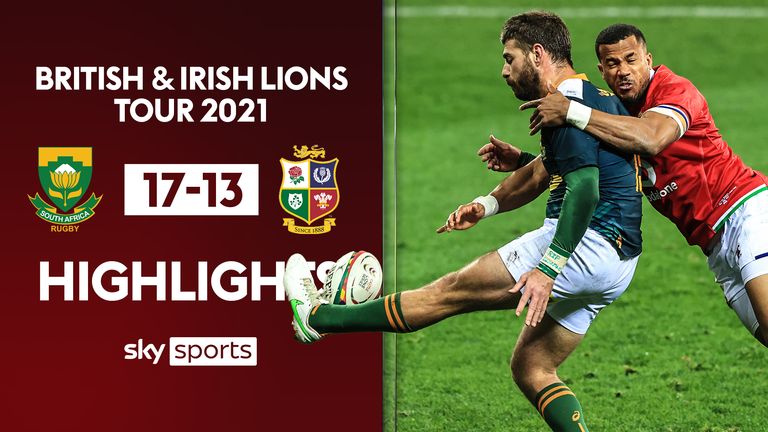 With just one more warm-up game against the Stormers on Saturday before the first Test match against the Springboks, we look at how the Lions rated…

Lasted just 14 minutes and had to be replaced by Elliot Daly following a head injury assessment. The Welshman’s chances of starting in the opening Test must surely now be in doubt.

Produced a try-saving tackle on Nkosi early on and prospered both under the high ball and in open play. The Bath wing, who was one of the stars of the 2017 tour, looks set to play a major part once again. 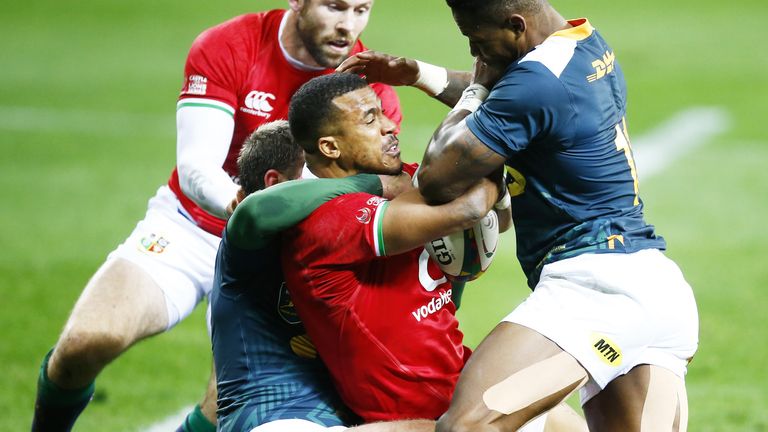 Anthony Watson laid down a marker for starting Test jersey

Like most of his colleagues, saw little of the ball in attacking play during the early blitz, but was instrumental in a major improvement thereafter. Cheslin Kolbe’s fantastic footwork bamboozled Harris and led to Am’s try in the first half, which might concern Gatland.

Punched his weight as the Lions tried to take the game to South Africa ‘A’ after a difficult start. He’s quietly been going under the radar but is certainly in contention to start in the midfield.

Agonisingly short of the line when stretching out to try to give his side the lead and pinned Kolbe on his own try-line with the screw turning. He faces major competition to start on the wing from the likes of Josh Adams and Duhan van der Merwe.

Kicked poorly out of hand in the early stages and was charged down by Eben Etzebeth for the opening try on a night when he took several big hits, but kept going. A good night for Dan Biggar, who pulled out of the game due to a minor ankle issue, in the race to start at fly-half. 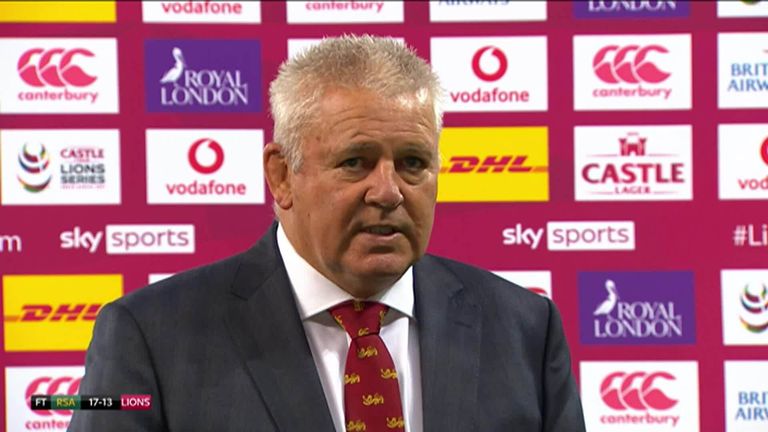 Warren Gatland admits his side needed a tough game against South Africa ‘A’ and was delighted with their second half performance, despite the defeat

Struggled to establish a relationship with his half-back partner early on, but gradually worked his way into the game. After being named as replacement captain for Alun Wyn Jones, the Irishman is surely favourite to start at nine.

Forced an early scrum collapse from the South Africans and worked tirelessly in the loose, getting his rewards with a first Lions try before being forced off with a shoulder injury. Jones will hope it’s not too bad as he certainly did his cause no harm in Cape Town.

Solid on his lineout throws and industrious in the forward battle to help the tourists claw their way back into the game. Owens has stiff competition from the English pair of Jamie George and Luke Cowan-Dickie.

Gave no quarter in a brutal front row battle and was never found wanting as the Lions’ pack hammered away deep inside the South African 22. After initially not being selected for the tour, he might just yet have a major say in the Test series.

A constant nuisance at the breakdown and dominant at the lineout, he drove the Lions forward throughout. His best game so far means he’s almost a certain starter for the visitors. 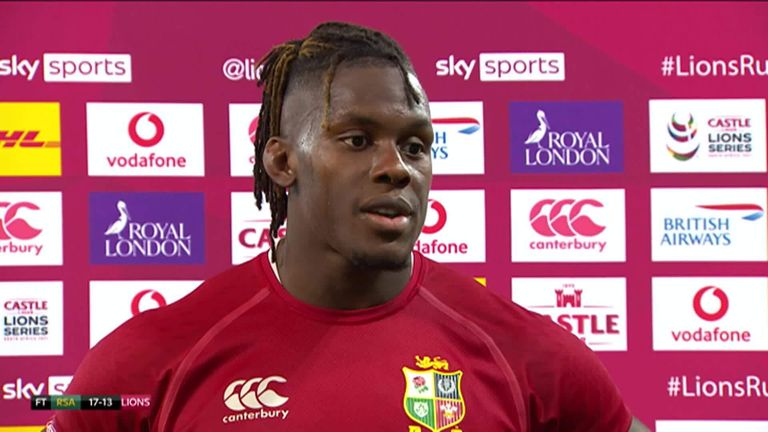 Helped to turn the tide as the Lions’ maul started to make an impact and earn them a greater share of the ball. With original tour captain Jones set to re-join the squad, the battle to feature in the second row is certainly heating up.

As busy as ever in the heat of the back row scrap and made a series of telling surges forward. The late replacement to the tour is making a real case to be heavily involved against the Springboks.

A thorn in South Africa ‘A’s side throughout as he foraged for the ball and repeatedly exploited the space ahead of him with ball in hand, while also charging down a Faf De Klerk kick. Curry is surely now favourite to start ahead of Hamish Watson.

Grew into the game as the Lions fought back and was an increasing threat with the ball in hand. Sam Simmonds will want to prove his worth ahead of the first Test at Cape Town Stadium.