Lions head coach Warren Gatland is still waiting to find out which players who compete in the Premiership he will be able to consider for selection for the tour of South Africa; every match on the tour will be exclusively live on Sky Sports 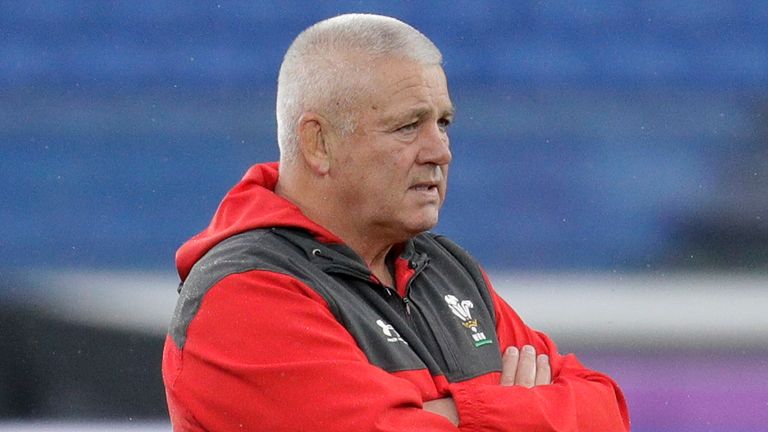 The British and Irish Lions and Premiership Rugby remain unable to reach an agreement on player release for the tour of South Africa.

With just two weeks until Lions head coach Warren Gatland names his squad, the row is threatening to impact selection.

The Lions play Japan at Murrayfield on June 26, with a 10-day training camp in Jersey prior to that game.

Head coach Warren Gatland has revealed his thoughts on his coaching staff for the British and Irish Lions tour of South Africa, as well as squad selection and who he will pick as captain.

Gatland has said individuals could miss out on selection if they are not available for the trip to the Channel Islands.

The camp clashes with the Premiership play-offs, while the Japan game is on the same day as the final.

Clubs remain reluctant to release their players, with some feeling the compensation fee being offered by the Lions is too low.

Gatland has already confirmed his team of coaches for the tour, however, with Gregor Townsend, Steve Tandy, Robin McBryde and Neil Jenkins getting the nod.

Every match from South Africa will be exclusively live on Sky Sports, and fans who don’t have Sky will be able to catch all the action via streaming service NOW TV, which offers day, week and month passes to all 11 Sky Sports channels.

Lions fans will also be able to follow the tour 24 hours a day on Sky Sports News, via the Sky Sports app, on SkySports.com and via Sky Sports social channels.