British and Irish Lions to face the Sharks for a second time on tour this Saturday, live on Sky at Loftus Versfeld. The Sharks, who the Lions beat 54-7 on Wednesday, take the place of the Bulls, who were originally scheduled to face the Lions but had to postpone due to a Covid outbreak. 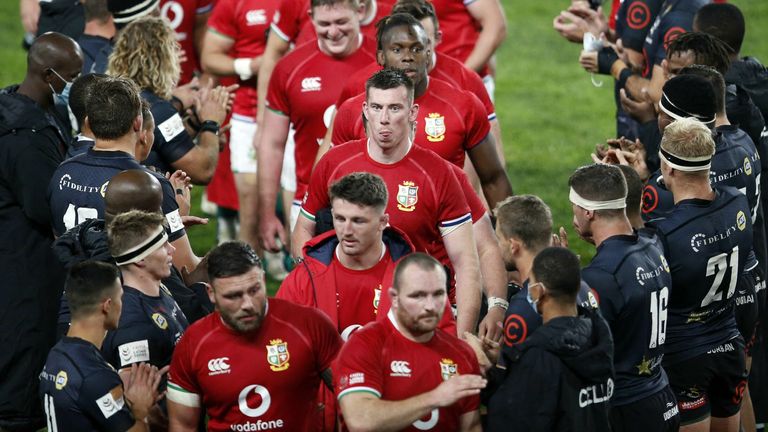 The British and Irish Lions will face the Cell C Sharks for a second time on Saturday, in place of their original fixture against the Vodacom Bulls.

The game against the Bulls was postponed due to a Covid-19 outbreak in the Bulls camp after four players and one member of management returned positive tests which, in combination with their close contacts, made it impossible for them to field a team.

In the meantime, a positive result in the Lions camp was returned from a lateral flow test as part of their screening programme before Wednesday’s match vs the Sharks, with the Lions later confirming that eight players and four members of staff had been placed in isolation at the team hotel following further PCR testing. 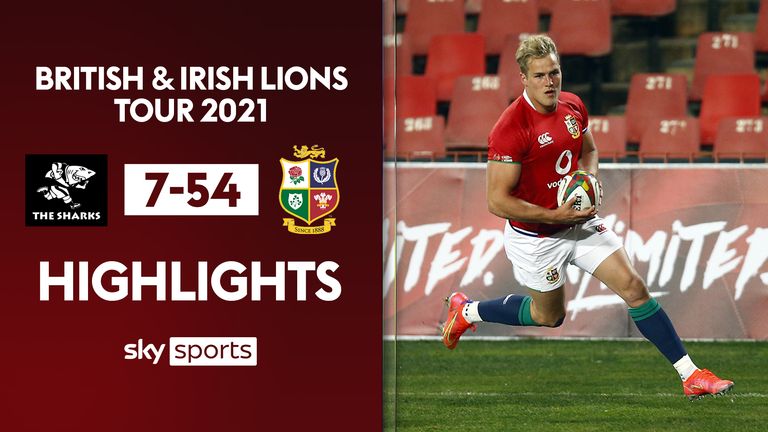 The tourists also announced eight enforced changes to the team to play the Sharks in Johannesburg, with kick-off delayed by an hour while the latest round of testing took place.

The Springboks’ scheduled warm-up Test against Georgia on Friday, meanwhile, was also cancelled because of Covid-19 infections in both camps – including Springbok head coach Jacques Nienaber.

The Lions, despite the disruption, dispatched the Sharks 54-7 on Wednesday, and will now face the same opposition again for their third fixture in South Africa.

“The choice of the Cell C Sharks was dictated by the fact that they have been in a bubble, have returned negative tests throughout and were prepared to take on the fixture,” said Jurie Roux, CEO of SA Rugby.

“No other team in the country could meet those conditions right now – without going into a five-day lockdown. It is not an ideal situation, but COVID-19 has made sure that we do not live in an ideal world.” 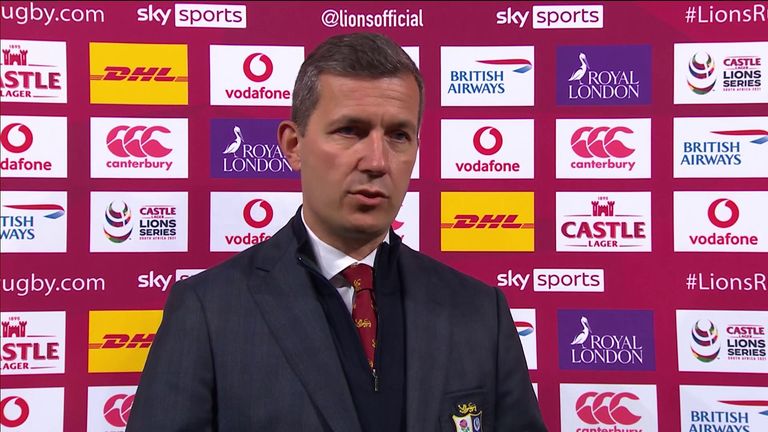 Managing Director of the Lions Ben Calveley spoke to Sarra Elgan after positive COVID tests within the group affected the squad’s preparation for their game against the Sharks.

The change has meant that the Cell C Sharks’ match against the Sigma Lions in the Carling Currie Cup on Saturday has been cancelled, with a decision on the points allocation to be confirmed.

“We’re very grateful to the Sharks for agreeing to play us again this Saturday at Loftus Versfeld,” said Ben Calveley, Managing Director for the British and Irish Lions.

“We have further COVID-19 testing scheduled for today and tomorrow. The results of those tests will determine whether we will be able to fulfil this fixture, but, as it stands, we are optimistic.

“We remain committed to the Tour in South Africa and determined to rise to the challenges created by the COVID-19 pandemic.”

Wednesday’s captain Iain Henderson said after the game: “We ended up getting tested twice. We were waiting for results, guys not sure if the game was going ahead, if they were positive, close contacts – so many different variables.

“You’re sitting on the edge of your bed waiting to go. We were told to prepare as if the game was going ahead and I think as easy as that is to say, it’s not easy to do.

“So the bus was due to leave at 6.10pm but at 6pm the guys still weren’t 100 per cent sure. They were in their red polos and shorts sitting in their rooms waiting to get the all-clear so they could go and play. 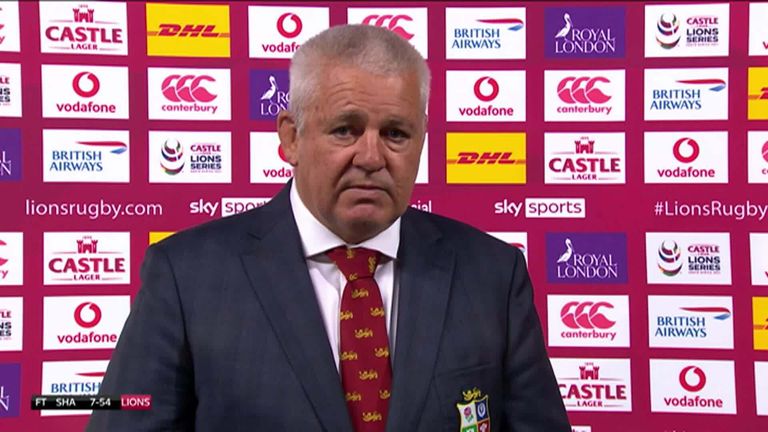 “It’s obviously mightily frustrating for the close contacts – the guys who managed to get released from their hotel rooms are probably the lucky ones.

“The ones left at the hotel, I’m sure they’re devastated. I’m sure they were excited about playing or even being involved in the next game, which is up in the air.

“It’s the nature of the beast. We’ve been dealing with it for the last 18 months or whatever. Games have been called off for club and country and by this stage players are getting used to the topsy-turvy nature.”