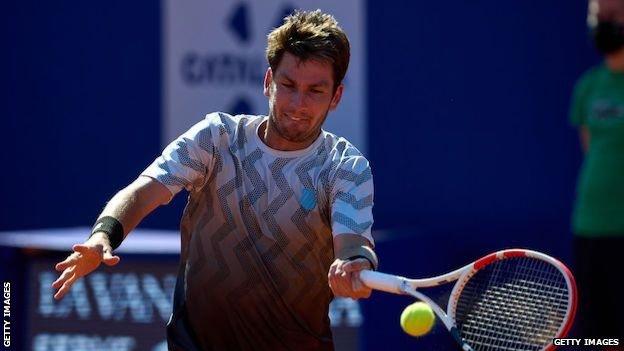 Cameron Norrie is ranked 48th in the world

British number two Cameron Norrie has withdrawn from the Madrid Masters because of blisters on his foot.

Norrie, 25, reached the final of the Estoril Open on Sunday, missing out on a first ATP title after losing in three sets to Spain's Albert Ramos-Vinolas.

He was due to play Serbia's Filip Krajinovic in the first round in Madrid on Tuesday.

Norrie has moved up to number 48 in the world rankings and has the third most wins on the ATP Tour in 2021.

Dan Evans is now the sole British singles interest in Madrid, and will play Australian John Millman in the second round on Wednesday.

Live scores, results and order of playAlerts: Get tennis news sent to your phoneDreaming Whilst Black: Why Kwabena's dream job might mean risking it allCastro vs the World: Fidel Castro's Cuba as told by the spies, revolutionaries and diplomats who shaped it
Source