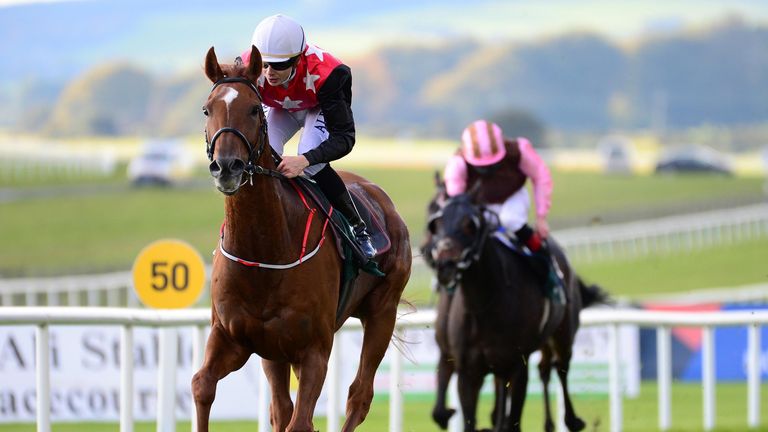 Emmet Mullins admits he may be taking a risk going back left-handed should Cape Gentleman run at Aintree in the Betway Mersey Novices’ Hurdle.

The Irish Cesarewitch winner made an impressive hurdling debut at Punchestown before running no sort of a race at left-handed Leopardstown.

When he then bounced back to win impressively at Kempton in Grade Two company – going in the opposite direction – Mullins put his lifeless Leopardstown display down to a dislike of left-handed tracks but he is coming round to the view there may have been other factors at play.

“Cape Gentleman will probably go to Aintree for the two-and-a-half-mile Grade One,” said Mullins.

“Ground is probably key to him – he’s by Champs Elysees, he definitely wants a bit of nice ground.

“We are taking a bit of a risk going back left-handed after Leopardstown went against us. There were a lot of things went wrong on the day at Leopardstown.

“We are probably taking a bit of a chance going back left-handed in Aintree but I think the ground could be most of it and we won’t know until we try.”