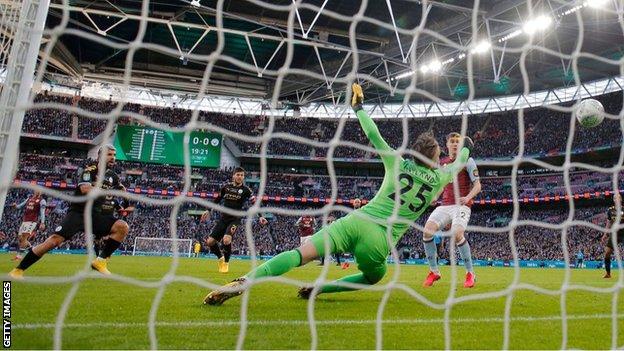 Tottenham Hotspur and Manchester City will both have 2,000 fans at Wembley for the Carabao Cup final on 25 April.

But fans under 18 cannot attend, and people who are clinically extremely vulnerable or pregnant have also been told not to apply for tickets.

To get into Wembley, fans must take a lateral flow coronavirus test at a designated site – not at home – in the 24 hours before the game.

And they must bring proof of a negative result, either a text or an email.

Fans who get a ticket must sign a consent form, as the match is part of the government's events research programme, which is assessing how major events can reopen safely to the public as coronavirus restrictions ease.

In addition, fans are being asked if they will take two PCR tests, which are designed to show if someone showing coronavirus symptoms currently has the virus. Both tests should be taken at home, the first before the match, and the second five days afterwards. Fans who get tickets for the final will be told how to apply for the PCR tests, which will be free.

SpursAbility, Tottenham's disabled supporters' club, said that it was "extremely disappointed" at the ruling that clinically extremely vulnerable fans should not attend the final.

"Most of our members and supporters will have had their first and second vaccinations and are at considerably lower risk than those who are yet to be vaccinated," the statement said.

"Government guidance places those aged 70 or over at an equal or higher-risk category, yet there is no exclusion issue for anyone in these higher-risk groups.

There will be 8,000 fans in total at Wembley – the most at an outdoor sporting event in the UK since the coronavirus pandemic brought about the first lockdown in March 2020 – with the remaining allocation split between groups including Brent residents and NHS staff.

Earlier in April, Rick Parry, chair of the English Football League (EFL), said the return of fans was an "important milestone".

On 18 April, the FA Cup semi-final between Leicester City and Southampton will have 4,000 fans while the final on 15 May will welcome 21,000 spectators.

The matches are three of nine events across sports and the arts – which also includes the snooker World Championship – which will be used to provide "key scientific data and research" into how events can safely reopen to fans in line with the exit from coronavirus restrictions.

Researchers at the events will "gather evidence associated with different settings and approaches to managing and mitigating transmission risk".

Manchester City, who are the EFL Cup holders after beating Aston Villa 2-1 win in last season's final, have said 1,750 tickets will be available to fans who live in Greater Manchester and the immediate surrounding areas, with the remaining 250 on sale to fans in London and south-east England.