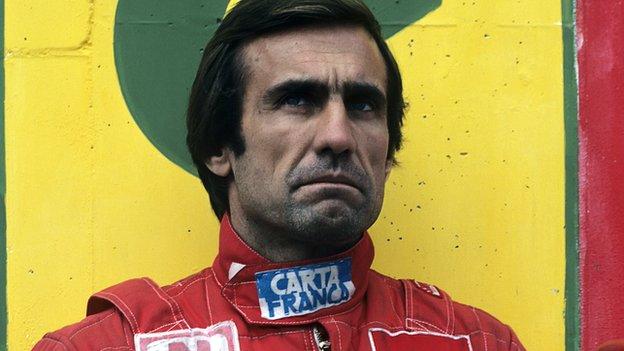 Carlos Reutemann, a leading Formula 1 driver in the 1970s and 1980s and later a senior politician in Argentina for three decades, has died aged 79.

As a racing driver he won 12 Grands Prix, came close to the world championship with Williams in 1981.

He was known for his huge talent but enigmatic character.

Upon retiring abruptly in 1982, Reutemann went into politics and had two terms as governor of his native Santa Fe province.

He was a senator for the Justicialist Party from 2003 until his death.

Reutemann rose to prominence as a racing driver, entering Formula 1 in 1972 at the relatively late age of 29 and remaining among the top names in the sport throughout his decade of involvement.

He drove 146 races for the Brabham, Lotus, Ferrari and Williams teams and was regarded as one of the fastest drivers of his day. 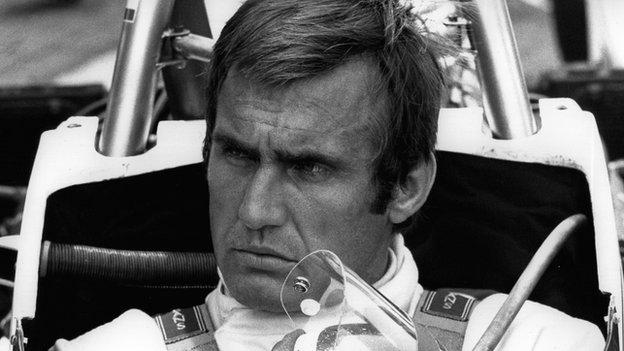 The FIA tweeted: "He was a big part of our sport for many years and was a fighter to the end. He will be greatly missed".

Reutemann, whose film-star looks helped him to become one of the most charismatic figures of his era, was as known for his mysterious personality as for his skills behind the wheel.

He could be brilliant and untouchable one day and anonymous the next, a reputation that followed him throughout his career and which was never more obvious than in the final race of the 1981 season.

Reutemann, driving for Williams, had been engaged in a season-long battle with the Brazilian Brabham driver Nelson Piquet.

They went to the final race in Las Vegas with Reutemann leading by a point and needing only to beat Piquet to win the title.

But after qualifying on pole position, Reutemann slumped in the race, down to fourth by the first corner and finishing eighth, lapped by his team-mate Alan Jones, who won.

Piquet had been there for the taking. Badly affected by the heat and suffering from exhaustion, the Brazilian's head was lolling around in the cockpit, but he managed to bring the Brabham home fifth to clinch the title. 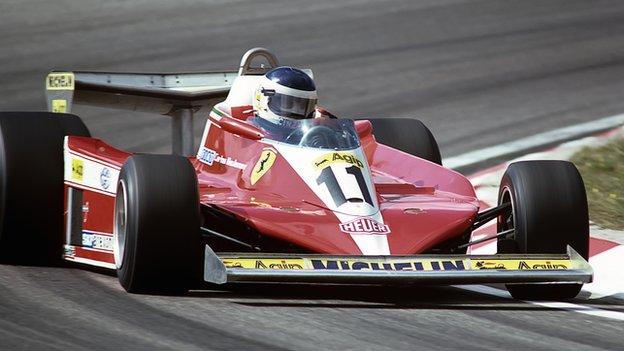 Reutemann driving for Ferrari at the Spanish Grand Prix in 1978.

Reutemann's performance that day remains clouded in mystery – he complained of gearbox trouble, but after the race Williams could not find a single thing wrong with the car.

The team's co-founder and technical director Patrick Head told BBC Sport: "The chief mechanic went and drove the car back in and said he couldn't feel anything wrong with it. And when we took it apart there was not a single damaged (gear) dog; everything was in immaculate condition. So it was very difficult to understand, quite honestly."

Reutemann returned to Argentina after the end of the season and had to be persuaded by team owner Frank Williams to return in 1982 alongside a new team-mate, Keke Rosberg, who went on to become world champion that year.

But Reutemann drove only two races before announcing his retirement.

Head believes the looming war between Britain and Argentina in over the Falkland Islands, combined with his desire to leave motorsport behind, was what persuaded him to leave.

Head remembers him as "an absolute gent – I wouldn't say sophisticated, but quite an educated person for a racing driver.

"Carlos was incredibly quick, if he wanted to be. But if his psychology wasn't with it, he would not be that way, so he was a very difficult… he was not like your normal driver; he was a very unusual person.

"He disappeared after Las Vegas and Frank talked to him a couple of times down in Argentina. And then the war happened at the beginning of 1982.

"Frank persuaded Carlos to come back and do a couple of races and I think Carlos thought Keke was a bit on the quick side. I don't think he was frightened of him, I think he just thought he was going to have to work a bit hard.

"I think he had fallen out of love with it and the war gave him a… I think it would have been rather difficult with his country and England at war, driving for an English team, so I can understand him while the war was going on not driving. But I think also having a spaniel snapping at his heels was a second persuader or something."

A move into politics 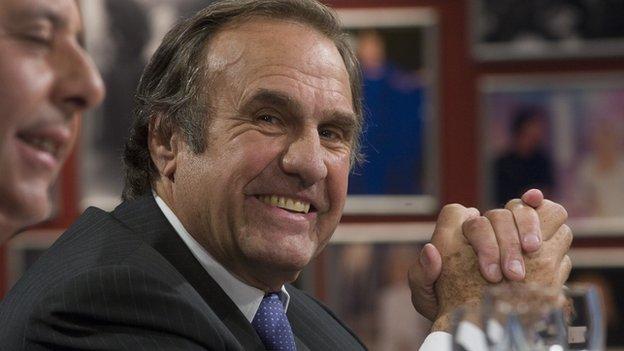 In 2003, Reutemann was offered the chance to run for the Argentine presidency

After leaving motorsport, Reutemann returned to his farm in Argentina and his popularity led the 'Justicialista' Party to persuade him to run for governor.

He won in 1991, serving a four-year term, and after a hiatus because the province's constitution does not allow for re-election, ran again four years later and served from 1999-2003.

Reutemann's profile grew in Argentina and he was for many years expected to make a run for the presidency, but declined on several occasions, despite considerable pressure to do so.

In 2017, he was diagnosed with liver cancer and his health had been declining in recent weeks.

He died on 7 July, his daughter Cora saying he "left in peace and dignity after fighting like a champion with a strong and noble heart that accompanied him to the end".

F1 said in a statement: "We are all deeply saddened to hear that Carlos Reutemann has passed away. He was a big part of our sport for many years and was a fighter to the end. He will be greatly missed."