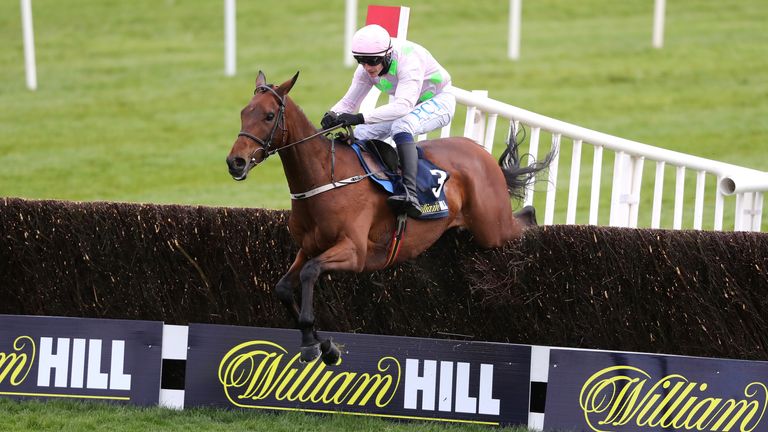 Chacun Pour Soi bounced back to his brilliant best to land the William Hill Champion Chase at Punchestown.

The nine-year-old was a red-hot favourite to provide trainer Willie Mullins with a first victory in the Queen Mother Champion Chase at Cheltenham last month, following three runaway victories earlier in the season.

However, after hitting the front on the run to the final fence there, Paul Townend’s mount faltered up the hill and passed the post only third.

With Ryanair Chase-winning stablemate Allaho and Dan Skelton’s Champion Chase runner-up Nube Negra in opposition this time, Chacun Pour Soi faced a far from straightforward task in his bid to get back on the winning trail – but he could hardly have been more impressive.

Having disputed the early running with Allaho, Townend sent the Rich and Susannah Ricci-owned winner to a clear lead with over a circuit to race – and they were then never headed.

Having looked outpaced back over this shorter trip before the home turn, Allaho attempted to close the gap in the straight, but 6-5 favourite Chacun Pour Soi was ultimately far too strong for his stablemate and passed the post with five and a half lengths in hand.

Nube Negra was some 19 lengths further behind in third.

Mullins said: “I think they were just on song today, both himself (Chacun Pour Soi) and Paul.

“They gave an exhibition of jumping and racing. He just had horses out of their comfort zone from very early on.

“Cheltenham was disappointing – I felt it wasn’t the Chacun Pour Soi that we know.

“I don’t know why he did what he did at Cheltenham, and maybe we just weren’t positive enough on him.

“Anyhow, he was disappointing, but it’s good to see that he’s back to himself.”

Townend, who returned to the saddle earlier in the day following a spell on the sidelines with injury, was hugely impressed.

He told Racing TV: “That was a proper performance – that was the real Chacun.

“We were all disappointed in Cheltenham. The horse didn’t fire there, but there was no hiding place today – and he jumped for fun.

“His jumping kept me in my comfort zone at all stages – he was electric. That just allowed me to fill him up as we went along, and he was a joy to ride and gave me a serious thrill.

“They’re animals and not machines. He didn’t fire at Cheltenham, but he fired today.”