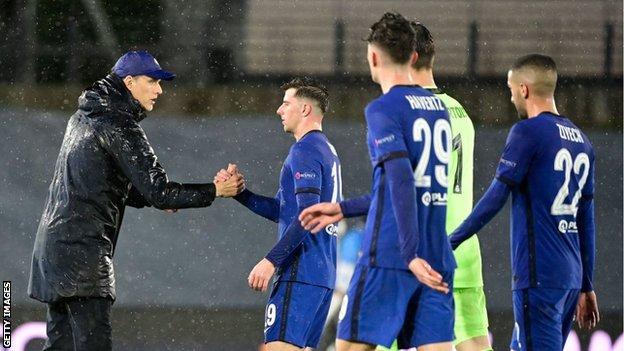 Chelsea boss Thomas Tuchel says his side will have to "fight for every centimetre" when they host Real Madrid in their Champions League semi-final second leg next week.

The Blues secured a potentially important away goal as they drew 1-1 in Madrid in the first leg.

But Tuchel knows there is plenty more work to do if they are to reach a first final since winning in 2012.

"Even if we had won here, everything is possible," he said.

"It's half-time and we'll have to fight for every centimetre and every advantage that we want to have and we need to fight and deserve it."

Christian Pulisic had put Chelsea ahead on Tuesday before Karim Benzema equalised in a thrilling first half.

The second period failed to live up to the excitement of the first, and Tuchel felt his side should have made more of their superiority in the early stages of the game.

"We could have perhaps decided this game in the first half an hour when we were playing so strong."

Werner 'angry' at his miss 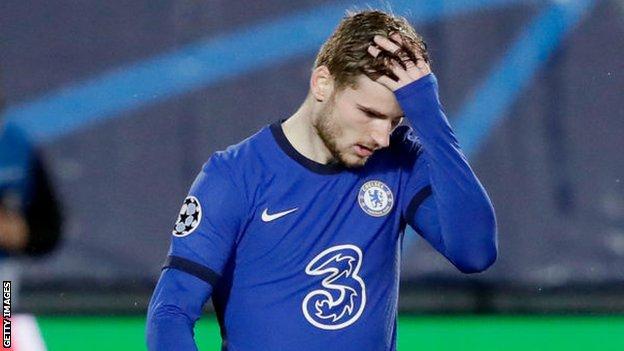 Timo Werner failed to take a glorious chance to score before Pulisic's opener as his shot from four yards out was saved.

Werner, who has 11 goals in all competitions for Chelsea this season, scored the winner against West Ham in the Premier League at the weekend but also missed a big chance in that game.

"This is the best thing about sport, nobody cares tomorrow. He is maybe angry."

Real Madrid are 13-time winners of the Champions League but boss Zinedine Zidane accepts his side will have to work hard if they are to keep alive their chances of a 14th title.

The Spanish giants travel to Stamford Bridge for the second leg on Wednesday, 5 May (20:00 BST).

"We're alive and we're going to the second leg with the idea of winning," said Zidane. "In general, we're happy.

"We know they're good in the opposition half, that they're a competitive side and they don't concede many. They're in the semis for a reason."