Every Manchester City fan I spoke to outside the ground in Porto after their defeat in the Champions League final asked me the same thing – 'why didn't he play Fernandinho?'

But I can see why City boss Pep Guardiola left his captain out, and I can understand why Rodri didn't start either.

Pep has thought 'I don't need a holding midfielder in the centre' because Chelsea play with two men on the outside in Mason Mount and Kai Havertz behind Timo Werner. 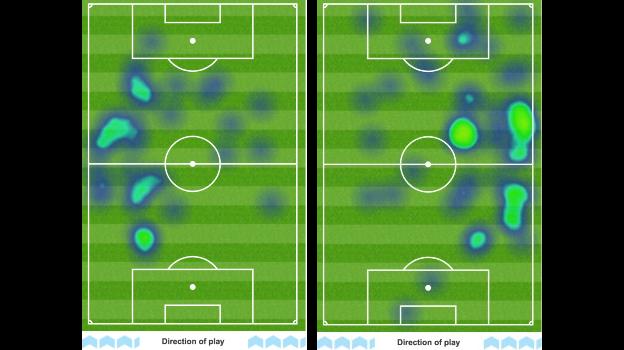 Pep thought by going with Ilkay Gundogan in there instead, City could be more creative – but he must have known it would leave them much more open than usual.

Chelsea were clever, of course. Although they kept their defensive shape extremely well, they were not passive about it – they were trying things as well.

They knew City wanted to press them high, so they pulled Havertz on to Oleksandr Zinchenko to stop him pushing on to Reece James down their right side. That worked going forward as well as defensively. 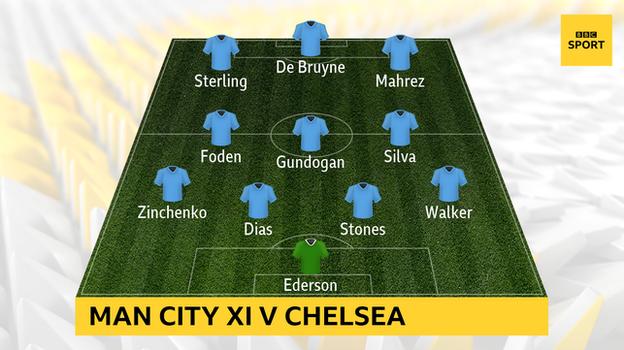 Sterling played on the left, with De Bruyne operating as a false nine. Phil Foden dropped back into midfield. It was only the second time in 61 matches this season that neither Rodri or Fernandinho started a game

Havertz was constantly playing on Zinchenko's shoulder, but the only time he ran inside him was for Chelsea's winner, when Ruben Dias was dragged away by Werner and it left that big gap down the middle.

Meanwhile, James just had Raheem Sterling to look after rather than worrying about Zinchenko coming at him too, and he dealt with Sterling brilliantly. 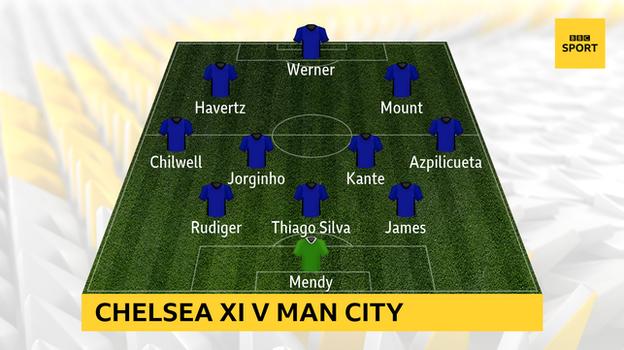 Havertz and Mount stayed high and wide and occupied City's full-backs, even when Chelsea were out of possession

It was the same on the opposite flank, where Mount pushed on to Kyle Walker and Ben Chilwell kept Riyad Mahrez quiet.

So, out wide, Chelsea were on top. When City's wingers got in one-on-one situations, they rarely got past James or Chilwell whether they went inside them or outside.

Down the middle, N'Golo Kante was breaking play up so well too, pinching things and stopping City from building any momentum with their passing.

'A bold line-up, but it did not work'

Man City 0-1 Chelsea: 'It was the best or worst first meeting' – Tuchel on finally meeting Abramovich

Ultimately, City will be disappointed they didn't move Chelsea around more, but you have to give huge credit to Thomas Tuchel for the way he set Chelsea up.

With five at the back, and two in front, there was no way through.

Kante was meant to be a fitness doubt with a hamstring injury but he absolutely bossed the midfield.

I could tell there was no problem with him when he darted into City's box to get on the end of a cross in the first few minutes. You don't make runs like that if you are just trying to get through a game, and he ended up playing an integral role. 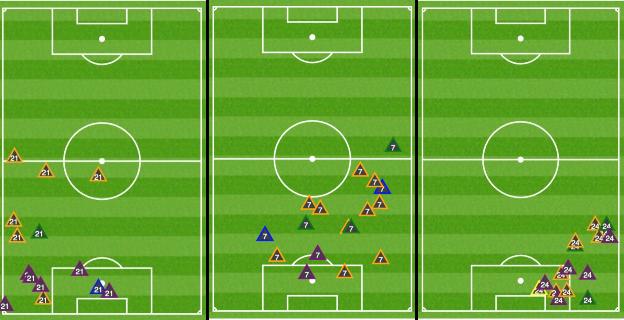 No player won the ball back more times during the final than Chelsea's Kante with 10 (middle graphic) while Reece James (right) made the most tackles (7) and Ben Chilwell (left) made the most clearances (6). Green triangles show successful tackles, yellow are blocks, blue are interceptions, purple are clearances and orange show possession was won

City's line-up was a bold one, but Kante was one of the reasons they ended up barely registering a shot on target.

Officially they had one, when Edouard Mendy blocked a Sterling flick early on, but James had already got a foot in and the chance had pretty much gone.

That was the only time Mendy had to make a save – apart from that there were a couple of dangerous balls across his box, and a Mahrez shot in stoppage time that flew just over.

That was it, while Chelsea kept getting behind City, and had plenty of other opportunities before and after their goal.

The lack of an attacking threat wasn't the only way this was totally different to the kind of display we have got used to seeing from City this season.

Pep changed things around a few games into the campaign and basically said his side were now going to stay tight, and allow fewer counter-attacks against them.

City focused on keeping the ball and grinding teams down from there, and we have seen countless masterclasses in that from them in the past few months.

This time, though, it was as if Pep thought he had to go and open the game up, because otherwise Chelsea would have just sat in.

I am sure he understood the risks that went with doing that. I'd be amazed if he didn't – but for various reasons, his plan did not work.

He will get some criticism now about changing a winning style because City lost, and are still waiting for their first Champions League triumph.

But let's keep some perspective. City have come a long way, and this was their first Champions League final. It came in a season where they have played twice a week, every week, and have ended up with the Premier League title.

Losing will hurt Pep and his players, as much as it will be an amazing experience for Chelsea. who thoroughly deserved their victory.

But this has still been a great season for City – one frustrating night does not change that.

"I also faced the ugly side of football": Mark Walters looks back at a pioneer of race in the gameDefying gravity with Lily Rice: The first person ever to land a wheelchair backflip
Source