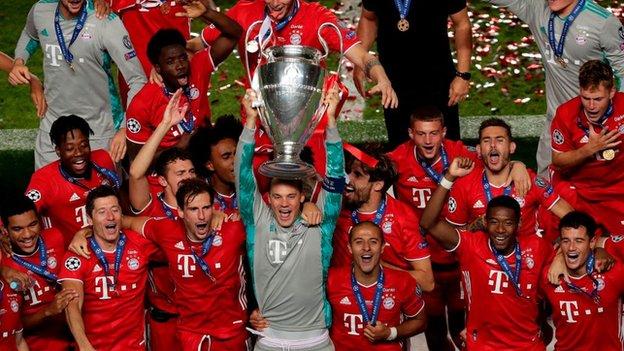 It is being seen as the end of an era – but how is it that a 'new-look' Bayern Munich for next season is already looking like a formidable force?

The Bundesliga champions are arguably the best team in Europe, going into Wednesday night's Champions League last-16 second-leg tie against Lazio 4-1 ahead.

They are being strongly tipped by many to defend last season's European crown but, behind the scenes, Bayern's management are already working on an overhaul – knowing from painful experience, complacency can lead to a downfall.

Bayern made that mistake after the Champions League win in 2013. At the time, they looked as unbeatable as last August but then quickly deteriorated. They do not want to suffer the same fate again.

And with players totalling almost 1,000 club appearances between them on their way out of the exit door, Bayern have moved quickly to ensure they remain one step ahead of the rest.

When are the Champions League quarter-final and semi-final draws?Bayern wait for Neuer and Coman updates before second leg against Lazio

Future back line already in place

Determined to keep the wage structure as balanced as possible, the club have ended negotiations with defender David Alaba who reportedly demanded a yearly wage of £17m for a potential contract extension.

Another prominent name to leave this summer is 32-year-old Jerome Boateng, as Bayern have decided against extending the contract that has earned him £8.5m per year.

Karl-Heinz Rummenigge, Bayern's chairman of the executive board, said in February he thought Boateng was playing a "satisfying campaign", yet it was not enough to commit for any longer to a defender who has made over 350 appearances for the club.

The third defensive player that will leave Bayern at the end of the season is Javi Martinez, another 32-year-old, whose contract runs out. 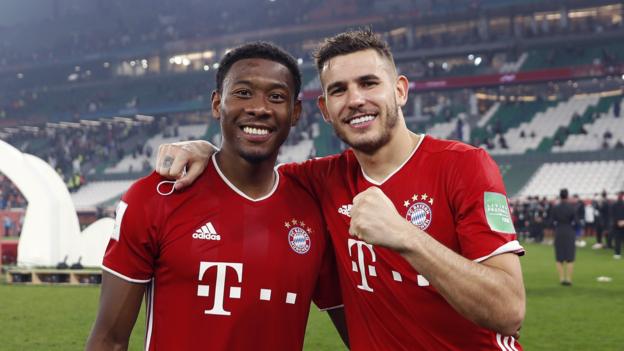 Bayern though have already completed their plans for next year's back line. Lucas Hernandez, who, like Alaba, can play as a centre-back and left-back, and Niklas Sule will carry more responsibility than they have done previously.

Tanguy Nianzou, who signed from Paris St-Germain last summer, will get the chance to prove himself after being sidelined with injuries this season. And Dayot Upamecano will fill in the role of Boateng as the powerhouse centre-back. Bayern triggered a £36.4m buyout clause in Upamecano's contract with RB Leipzig back in February, crushing the hopes of Premier League clubs that had targeted the Frenchman.

Last summer, Bayern made a few last-minute signings as manager Hansi Flick demanded additions to the squad because he felt his team would not be able to handle the tight schedule. Still, it was very atypical for Bayern to make rather hurried decisions.

Usually, the club like to get most of their transfer business done before competitors, so they do not have to engage in bidding wars. The signing of Upamecano was textbook Bayern. Instead of negotiating with several candidates for the fourth and remaining centre-back spot, they committed to a proven player with a reasonable buyout clause early.

The same can be said about the signing of Omar Richards, the 23-year-old left-back from Reading, who just signed a contract with Bayern and will be Alphonso Davies' backup next season.

Bayern have not only been working on their defence, though. They recently extended the contract of Jamal Musiala, reportedly offering the 18-year-old prospect a lucrative five-year deal. The management wanted to make sure that any offers from clubs like Barcelona and Liverpool would be dismissed.

Coming back to the mistakes Bayern made in the aftermath of the 2013 Champions League win, they seemingly stuck with their old guard for too long. While Arjen Robben and Franck Ribery were pivotal for their success, they remained starting players past their prime. 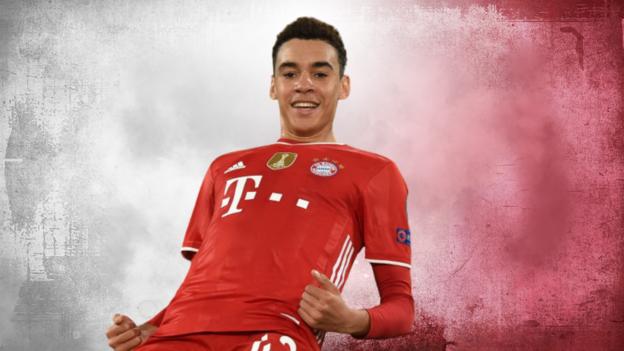 Bayern have realised that, as good as Thomas Muller or Robert Lewandowski are, there will be a time when they have to be replaced. Musiala, for instance, is deemed Muller's successor. And a world-class centre-forward is set to be the next target on Bayern's transfer list.

Manager Flick recently made some ambiguous comments about Borussia Dortmund's Erling Braut Haaland, who has a £65m buyout clause that can be triggered in 2022 – Lewandowski will turn 34 in August of that year.

Mix between youth and experience

The future Bayern team already look like a formidable force, with the perfect mix of young talents such as Upamecano and Davies and more seasoned players such as Joshua Kimmich and Leon Goretzka.

Bayern's style of play has not changed significantly in the past 10 years and there is no reason to believe that it will anytime soon. The German champions sign and develop players to fit into their system.

It is a difficult task to stay at the top of European football for more than a few years, but Bayern seem to have the right ingredients and strategic approach to ensure they will not skid down anytime soon.