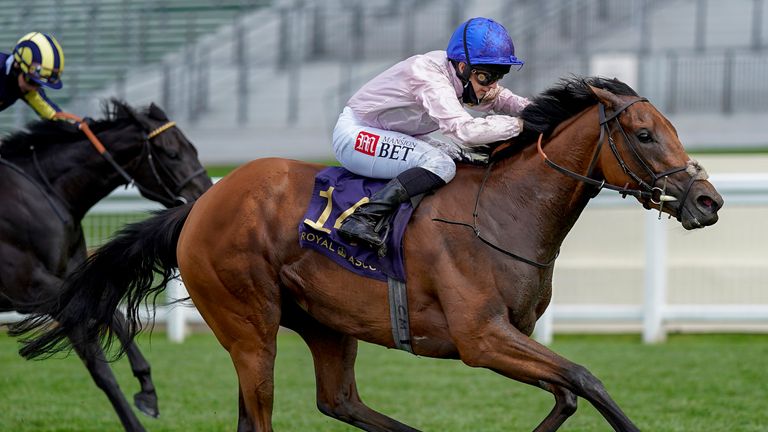 Charlie Fellowes is excited to have Onassis back in training and is looking forward to campaigning her in 2021.

The filly was thought to have been retired by owners Triermore Stud and the Honourable Peter Stanley after she finished a close sixth in the Qipco British Champions Sprint at Ascot in October.

However, the dual Listed and Royal Ascot winner has returned to Fellowes’ stables in Newmarket.

“She’s really good. She came back last week and looks fantastic. She has done very well. It looks like she’s filled out and put on plenty of condition. We’re very happy with her,” he said.

“She’s a very talented filly to win a Listed race under a penalty in that ground like she did last year at Goodwood. Then back it up five days later to be beaten about two and a half lengths in a Group One was a pretty remarkable.

“We’re delighted to have her back. She’s a very talented filly and Dubawi’s offspring seem to improve with age, so she could be really exciting this year.”

Although Fellowes has yet to confirm a programme for Onassis, he is hoping to aim high with Group One races, such as the Prix Maurice de Gheest and the Prix de la Foret, possible long-term targets.

“We have no plans at the moment, but I think she’s probably best at seven furlongs really, six and a half or seven,” he said.

“We might look at a Maurice de Gheest/Foret type year and fiddle around that.”