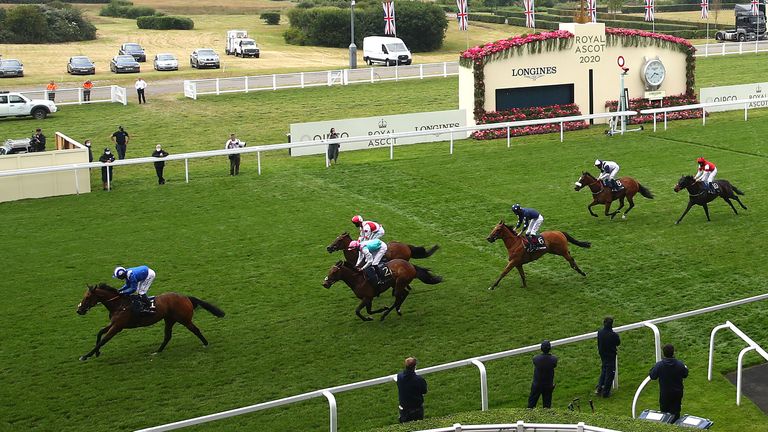 Charlie Hills has issued a positive bulletin reg arding the possibility of Battaash defending his crown in the King’s Stand Stakes at Royal Ascot.

The seven-year-old, who went unbeaten last season, picked up a small fracture in the winter which led to a longer lay off than usual.

After finishing second to Blue Point in 2018 and 2019 in the King’s Stand, Battaash went one better when beating stablemate Equilateral in the race last June before going on to win the King George Stakes at Goodwood for a fourth time and the Nunthorpe at York for a second time.

“He’s been back with us a week now and straight away he’s settled back into his routine of what he has done for the last few years. I’m really pleased with him,” said Hills.

“He’s not backward in his coat, which is nice as it has been pretty cold weather. I’m really pleased with where we are with him actually.

“At the moment there’s no reason why he wouldn’t make it (Ascot). His weight is pretty good and he’s showing all the same levels of enthusiasm that he always has done, so I’m happy.”