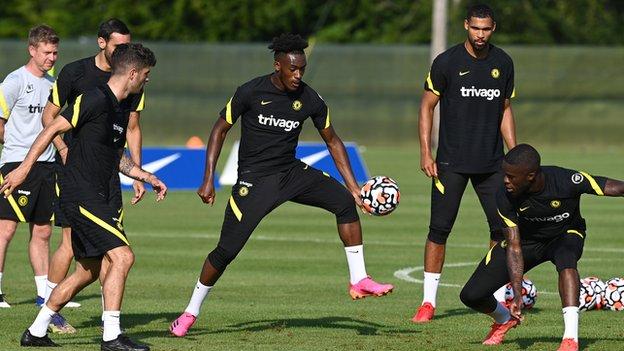 The Blues have been in the Republic of Ireland for a training camp and were due to play the League of Ireland team in a friendly behind closed doors.

"We had a possible positive Covid case which we are investigating," said a Chelsea spokesperson.

"The individual has been isolated from the rest of the group."

Earlier this week, Arsenal's preparations for the new season were disrupted when they were forced to withdraw from the Florida Cup after a "small number" of their touring party tested positive for Covid-19.