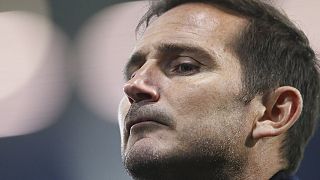 The 42-year-old leaves after 18 months in charge.

Lampard, who had a highly successful period playing for Chelsea, began his managerial at the club in promising fashion, finishing fourth in the Premier League.

But after spending big on transfers in the summer, there was seemingly more pressure on Lampard this season.

The club remains in the Champions League but an inconsistent run of results in the Premier League has seen a drop down the table.

“This was a very difficult decision for the club, not least because I have an excellent personal relationship with Frank and I have the utmost respect for him,” said Chelsea owner Roman Abramovich. “He is a man of great integrity and has the highest of work ethics. However, under current circumstances, we believe it is best to change managers.