Froome’s contract with Team Ineos was not renewed beyond the 2020 season and the 35-year-old linked up with Israel Start-Up Nation; Froome: “Changing at this point in my career having been with one team for 11 years… this is a commitment I’m not just going to make for a year or two” 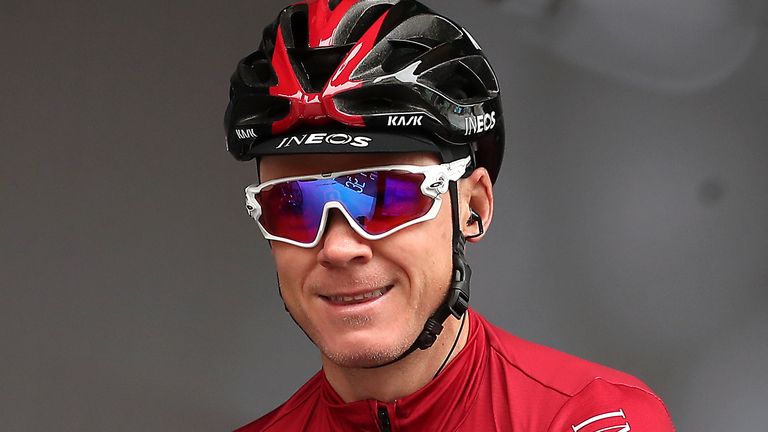 Chris Froome plans to remain with the Israel Start-Up Nation team for the rest of his career and “potentially beyond”, the four-time Tour de France winner has said.

Froome this winter ended an 11-year spell with what was Team Sky, more lately the Ineos Grenadiers, having been pushed down the pecking order within Sir Dave Brailsford’s squad in the wake of the career-threatening crash he suffered in June 2019.

Speaking in a video posted by Israel Start-Up Nation, Froome admitted it had been a “big decision” to leave Ineos but said that once talks with ISN began, he quickly clicked with his new team.

“It didn’t take long for me to have the first conversation with the team owner Sylvain Adams and there was an immediate connection,” he said, “his passion is clear to see.

“Changing at this point in my career, having been with one team for 11 years, we agreed that joining ISN, is a commitment I’m not just going to make for a year or two.

“This is a commitment to the end of my career and potentially beyond that.”

Froome said he hoped the team, which moved up to the World Tour level last year, could have a similar impact on cycling in Israel as Team Sky did in the UK.

Having suffered a catalogue of broken bones, Froome found the battle back from his devastating crash at the 2019 Criterium du Dauphine more taxing than hoped last year.

He ultimately missed out on selection for the Tour de France and rode the season-ending Vuelta a Espana in support of team-mate Richard Carapaz instead.

The 35-year-old has spent this winter in California, working at the Red Bull High-Performance Center in Santa Monica to continue his rehab, and said the experience had given him a fresh start.

“At my age, coming back from a big injury and being year after year with the same team, I’ve been almost copying and pasting every year, year on year,” he said.

“Changing teams for me at this point in my career is going to give me so much more mental stimulus. It’s a whole new project, a new chapter, and it does feel quite rejuvenating for me.

“I’ve focused a lot this winter on addressing imbalances and weaknesses I’ve had from the injury. I’m feeling really optimistic for the upcoming season.”

Froome was due to begin the new season at the Vuelta a San Juan in Argentina later this month, but could now switch to a European start, potentially at the Volta ao Algarve in February.

Though his advancing years and the long-term impact of his injuries have led many to question whether Froome can ever regain his old form, the seven-time Grand Tour winner said he was still targeting major victories.

“My goals haven’t changed,” he added.

“I want to get back to the top level. I want to be fighting for victories at the Tour de France and other Grand Tours. I’m looking forward to getting the 2021 season underway now.

“Hopefully it’s the start of an exciting and successful partnership going forward.”