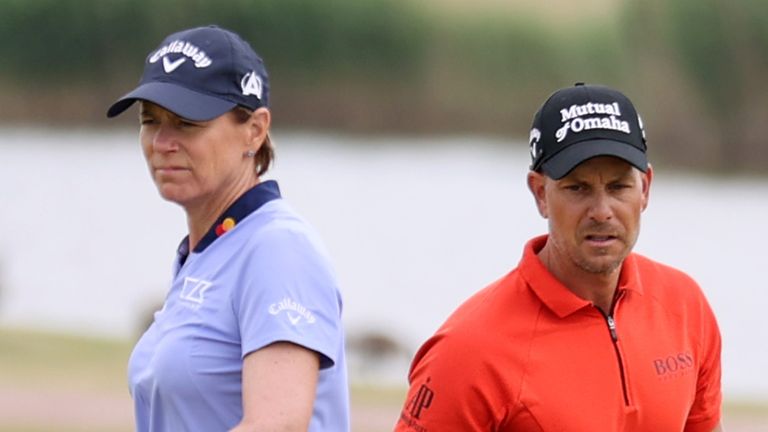 The top shots from day one of the mixed event hosted by Henrik Stenson and Annika Sorenstam in Sweden, where Christine Wolf roared into a share of the lead with Sam Horsfield.

Sam Horsfield and Christine Wolf fired eight-under 64s to share the first-round lead at the Scandinavian Mixed in Gothenburg.

Wolf leads six women in the top 20 after day one of the inaugural edition of the event at Vallda Golf and Country Club, with Felicity Johnson and Solheim Cup star Caroline Hedwall also flying high.

Henrik Stenson opened with a solid four-birdie 70, but fellow tournament host Annika Sorenstam found the going a little tougher in her first competitive outing on home soil for 13 years, although a one-over 73 was a creditable effort from the 50-year-old.

But Wolf was the star of the show in the first round, and the Austrian was already going well at four under through 14 holes when she surged to the top of the leaderboard with two further birdies either side of an eagle at the 16th.

A par at 18 capped an inward 30 to complete a bogey-free opener, and she said: “I started quite well and birdied the first two par-fives that came up and actually hit it quite close on some of the holes but didn’t make any putts on the front nine.

“Then, all of a sudden, I hit it close and towards the end the putter got really hot. It was nice! I’ve been hitting it really well, especially my drives, they’re down the middle. I know I can hit it really hard, and it will still stay straight. I’m trusting my game. 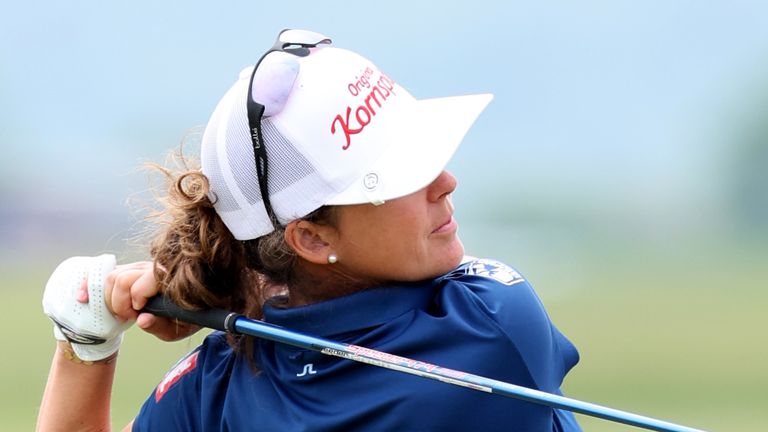 Horsfield did his scoring on the front nine, making birdies at five of the first seven holes before cruising home in 32, carding fours at each of the par-fives to join Wolf on eight under.

“It was just really solid,” said the Englishman, twice a winner on the European Tour’s UK Swing last August. “I haven’t really been taking advantage of the par-fives this year, so that was my main goal. I hit every fairway and played them in four under today. That gets you going, four under right there, toss in a couple more and it’s eight under.”

Wolf and Horsfield have a one-shot lead over English pair Steven Brown and Ashley Chesters, who reeled off five consecutive birdies mid-round, while Kalle Samooja and Pep Angles also opened with 65s.

Johnson rebounded from a bogey at the first with four birdies over the next five holes and went on to fire a 66, while Hedwall and Lina Boqvist are the leading home players on five under par.

Stenson clearly relished playing alongside co-host Sorenstam and victorious Ryder Cup captain Thomas Bjorn, and he is enjoying the occasion despite his game being out of sorts. 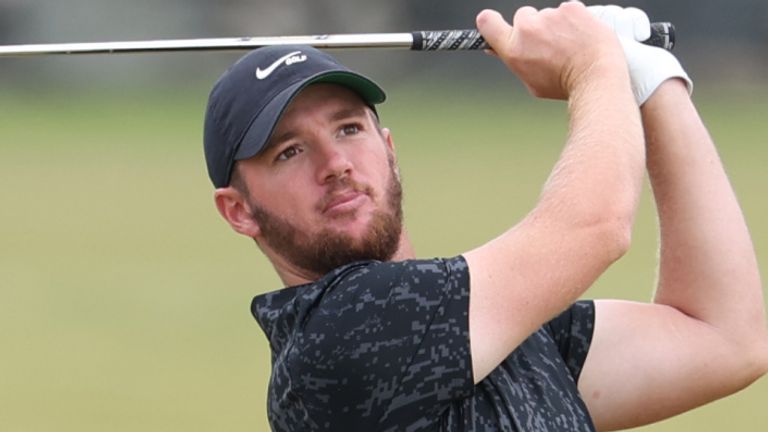 “It was good to play with Thomas and Annika,” said the former Open champion, who has tumbled to 145th in the world rankings having missed the cut in eight of his 12 starts in 2021.

“I don’t think it was the prettiest round we could have put together between us, but we finished as friends and we live to fight another day. That’s probably the best way to describe the golf, but it was good fun.

“My son had a good day yesterday with Henrik Larsson and Henrik Zetterberg in the pro-am. He performed pretty well so I might give him a ring now and get some tips as my long game is struggling!”

Sorenstam, who mixed four birdies with five bogeys, added: “Sometimes it’s not about the score, it’s more about the atmosphere, the people you are with and the surroundings. We could not have asked for a better day.

“It was nice to finally get out there and play. I really enjoyed it. I was quite pleased with my game from tee to green, and from there, not so pleased. That’s just the way it is, but I think overall it has been a great day. Looking at the scores you can see they are quite low so hopefully that means a lot of players are happy.”