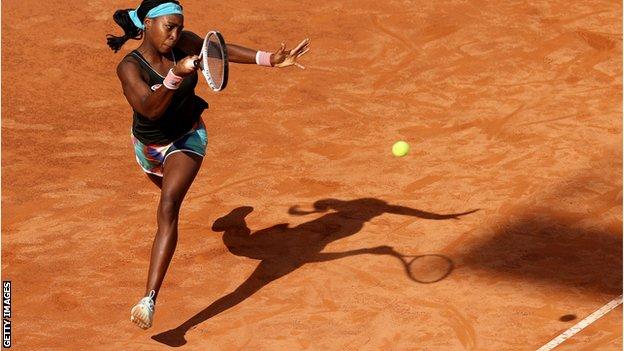 American 17-year-old Coco Gauff clinched her second WTA title by beating Wang Qiang 6-1 6-3 in the final of the Emilia-Romagna Open in Parma.

Third seed Gauff – ranked a career-high 30th in the world – needed just one hour 14 minutes to overcome Wang – a player 12 years her senior.

She then broke Wang in the fifth game of the second set to cruise to her first clay-court title on the WTA tour.

The teenager's victory comes 19 months after she broke through for her maiden title as a 15-year-old, beating 2017 French Open champion Jelena Ostapenko to claim the Linz Open crown.

Gauff is the fifth teenager to win a singles title on the WTA Tour this season and will reach a ranking of 25 on Monday, meaning she will be seeded for the French Open starting on 30 May.

She has the chance to collect more silverware in Parma on Saturday when she teams up with fellow American Caty McNally in the doubles final against Darija Jurak and Andreja Klepac.