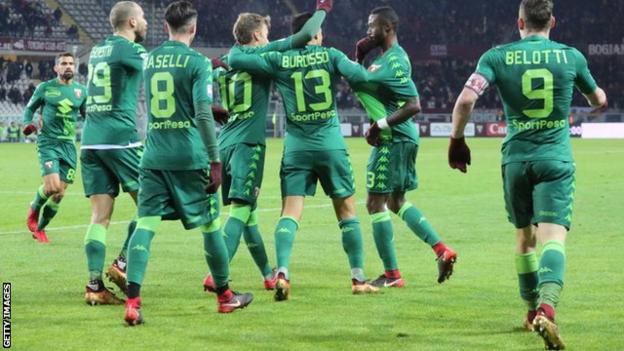 "It was because of the stripes; black and white against red and white. I struggled to tell the difference."

Former Newcastle United defender James Perch is describing what it was like to play against Sunderland in the Tyne-Wear derby as a colour blind person.

"When you have a split second to look up and pass the ball, it can be quite a challenge," he tells BBC Sport. "That game was definitely the toughest."

Colour blindness, or colour vision deficiency (CVD), affects men disproportionately more than women. One in every 12 males have it, compared to just one in every 200 females. For football players, coaches and fans, it can compromise and even ruin an experience they dearly love.

Rather than an inability to see colour completely, it is difficulty distinguishing colours and is also known as 'red-green' deficiency. Those two colours in particular prove the most problematic in many cases, but not exclusively. 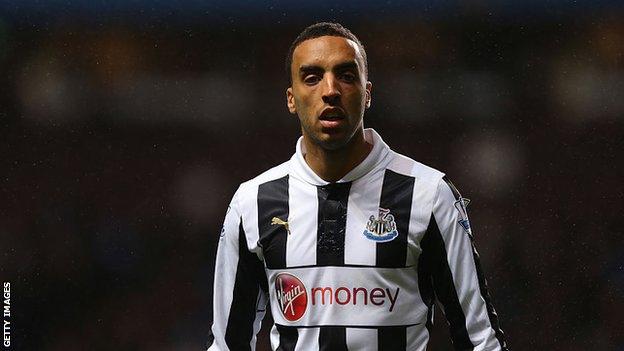 Serie A clubs will be banned from wearing green kits next season, with the exception of teams who already wear home shirts in that colour, on the request of TV companies. They claim the contrast with the pitch makes games tough to watch for the viewer.

'There are occasions the games can be unwatchable'

"Generally, kits are different enough so I have no problem," says Tom Harrison, a Preston North End fan from Ealing, London. "But there are occasions where the games can be unwatchable; red vs green is the worst. I do wonder when it happens: 'Why wasn't that dubbed a kit clash?'"

Kieran Maguire is a football finance expert, and he has been vocal about his struggles watching games as a CVD fan. He doesn't agree that Serie A's decision will tackle the problem, because kit clashes remain the most prevalent issue.

"As a colour blind person it has never been a major issue with green kits on a grass background. Players are moving objects on a static background that aren't green, like skin tones, hair and shorts. Green-red is the most common form of the condition, it can cause problems with other kit clashes, too. In Euro 2020, it was difficult to tell the difference between Italy's blue shirt and the referees' pink one.

"I managed to be one of the Arsenal fans in the stadium for the first post-Covid game against Rapid Vienna in November," Chris Towers recalls. "Arsenal weren't in great form, so it wasn't overly surprising to see Rapid make a decent start. 'This lot are doing well', I thought; then they lashed one into the top corner from 30 yards.

"I stayed seated and appreciated what I'd seen but the Arsenal fans around me leapt to their feet and cheered. It was only then that I realised we were wearing our away kit for the match and Rapid were in green shirts with white sleeves. I spent 10 minutes thinking they were Arsenal!"

'You don't feel like colour blindness is a disability'

For Perch, training was where he faced problems most, because of the similarities in two colours of bibs. Naturally, in a boisterous dressing room setting, his team-mates were always going to make light of the situation.

"I'd have to ask to change bibs, because it was often yellow and green. I'd ask for a blue one," he says. "People took the mickey a bit but it was all in good fun; you'd get the usual 'oh, what colour is the sky? What colour is the grass?' When you look into it deeply, it can affect you. It can affect you quite badly, to be honest."

Voicing concerns can be a real problem for CVD people, as Harrison attests.

"You don't feel like colour blindness is a disability that needs to be taken seriously. It is something people take quite lightly. You think if you asked for a kit change because you're colour blind, it would get laughed off."

'Just talking about this is important'

There isn't a general consensus for what should happen next. But the conversation is gaining prominence, especially since fans complained about a clash when Liverpool, in their traditional red, met a Manchester United side wearing a green away kit back in January. But will Serie A's move make a difference? 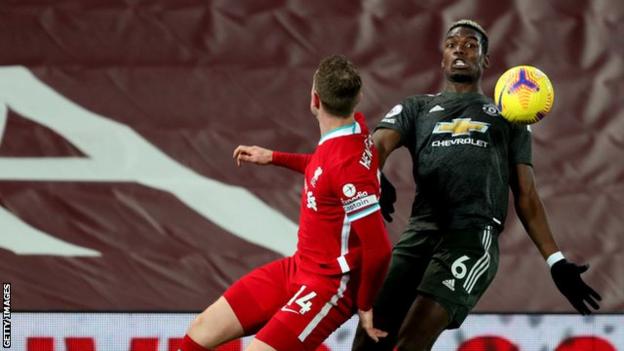 "It is progressive," says Arsenal fan and CVD person Steve Jefferys. "It is good that broadcasters are starting to get ahead of the issue. Colour blindness often gets dismissed as people see the impact as minimal, but just talking about this is important."

BBC Sport reported on the issue in September 2020, and the steps being taken.

The FA is aiming to raise awareness of the issue and how it affects the sport – it released this videoexternal-link on Colour Blind Awareness Day (6 September) three years ago, to help educate people about the condition.

Towers, though, doesn't believe the Premier League should introduce a similar ban.

"All the Premier League clubs and kit manufacturers need to do is ensure they have second and third-choice kits that will contrast with the teams they are visiting to make it more accessible. Not just for colour blind fans, but players too."