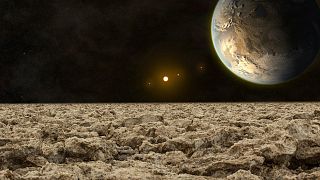 Is there life beyond our solar system? A team of international astronomers has taken one step closer to answering this time-old question.

New research published on Tuesday has uncovered what could be an important clue in understanding if other, unknown planets exist that could be habitable for future generations.

The team, led by scientists at Queen’s University Belfast, discovered the presence of an oxygen-bearing molecule in the atmosphere of WASP-33b, a large exoplanet that orbits a star rather than a sun.

The findings of the study could prove invaluable to future scientists exploring the atmospheres of other undetected small and rocky planets like Earth.

We would like to further develop instruments and techniques that enable us to apply these methods to cooler planets, and ultimately, to a second Earth.

Assistant professor at the University of Tokyo

“While WASP-33b may be a giant planet, these observations are the testbed for the next-generation facilities like the Thirty Meter Telescope and the European Extremely Large Telescope in searching for biosignatures on smaller and potentially rocky worlds, which might provide hints to one of the oldest questions of humankind: ‘Are we alone?'” explained Professor Chris Watson, head of the Exoplanet Group within the Astrophysics Research Centre at Queen’s University Belfast and a co-author of the study.

Satellite launched to remove space debris that could collide with spaceships

The Thirty Meter Telescope and the European Extremely Large Telescope are proposed new facilities in Hawaii and the Atacama Desert in Chile where similar tests beyond our solar system could take place in the future.

For this study, the team used the existing high-powered Subaru Telescope in Hawaii and a new instrument called an InfraRed Doppler (IRD) to pinpoint the “spectral fingerprints” of atoms and molecules emitted from WASP-33b. 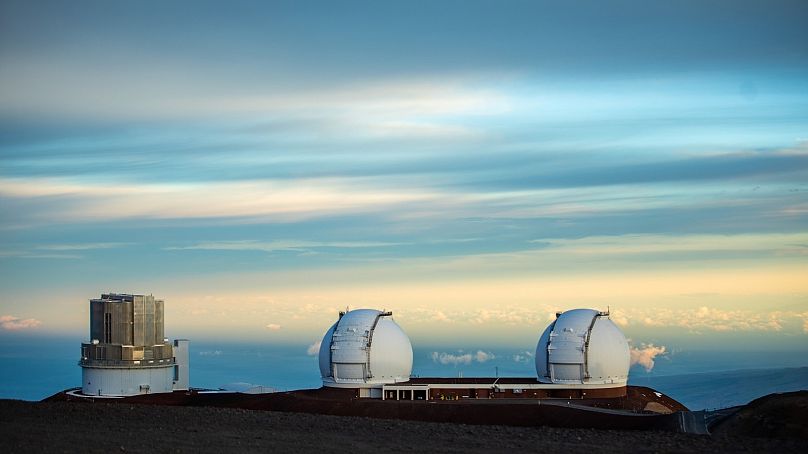 The team was able to detect the hydroxyl radical (OH), one of the most dominant oxygen-bearing molecules found at high temperatures, for the first time in an exoplanet’s atmosphere.

This particular molecule is found in the Earth’s atmosphere when water vapour reacts with atomic oxygen, a much purer and more volatile form of the gas we breathe which makes up 96 per cent of the Earth’s lower orbit.

On Earth, OH plays a crucial role in minimising climate change, acting as a “detergent” breaking down the build-up of harmful greenhouse gasses in the atmosphere.

While WASP-33b is much larger than Earth with a much hotter atmosphere, the discovery will help hone techniques that can detect OH in the atmosphere of much smaller planets similar to our own.

“The science of extrasolar planets is relatively new, and a key goal of modern astronomy is to explore these planets’ atmospheres in detail and eventually to search for ‘Earth-like’ exoplanets – planets similar to our own,” Dr Neale Gibson, an assistant professor at Trinity College Dublin and co-author of the research, said.

“Every new atmospheric species discovered further improves our understanding of exoplanets and the techniques required to study their atmospheres and takes us closer to this goal”.

“These techniques for atmospheric characterisation of exoplanets are still only applicable to very hot planets, but we would like to further develop instruments and techniques that enable us to apply these methods to cooler planets, and ultimately, to a second Earth,” said Dr Hajime Kawahara, an assistant professor at the University of Tokyo and co-author of the research.