Leicestershire completed back-to-back victories after hammering Gloucestershire by an innings and 93 runs; Lancashire lost their unbeaten record after Glamorgan triumphed by six wickets at Cardiff, while there were also wins for Warwickshire and Durham 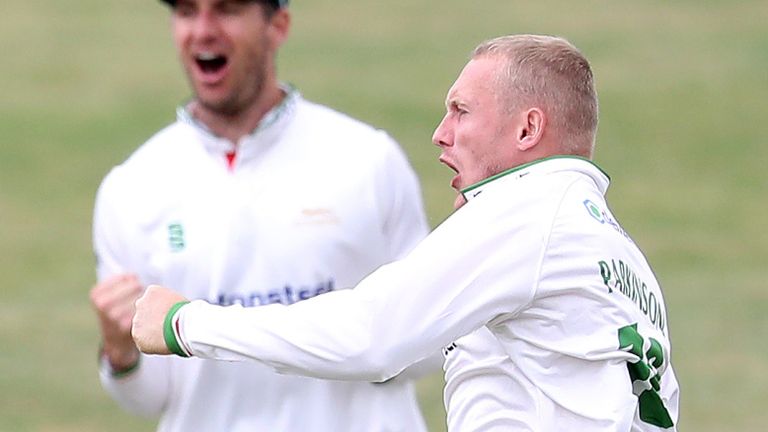 Spinner Callum Parkinson claimed career-best figures and his second five-wicket haul of the match as Leicestershire thrashed Gloucestershire by an innings and 93 runs to claim back-to-back victories.

Parkinson (5-63) and seamer Chris Wright were soon among the wickets as the Group 2 leaders, resuming their second innings on 5-1, slumped to 31-5 at Grace Road. Leics vs Gloucs scorecard

Ian Cockbain (59) and Jonny Tattersall (51) led a mini-recovery for Gloucestershire, but both fell in quick succession to Parkinson, who ended with match figures of 10-108.

Foxes skipper Colin Ackermann (3-44) then mopped up the tail and clinched his side’s second successive win as the visitors were bowled out for 200.

Somerset are poised to take over top spot in the group from their West Country rivals, as long as they avoid defeat against Hampshire at Taunton, and they go into the final day with a healthy 372-run advantage. Somerset vs Hants scorecard

Off-spinner Felix Organ took three wickets for Hampshire, who will need to bat well on day four to keep themselves in the mix.

Marnus Labuschagne hit his highest score of the county season so far as Glamorgan completed a six-wicket victory over Group 3 front-runners Lancashire to boost their own chances of a top-two finish. Glamorgan vs Lancs scorecard

The Australia batsman, undefeated on 32 overnight, steered his side to their 188 target in just over an hour at Cardiff, finishing 63 not out to end the Red Rose’s unbeaten record – the only one still standing in county cricket this year.

Glamorgan, who have now gone five matches without defeat, lost only one more wicket on their way to victory – that of Kiran Carlson, caught behind off Luke Wood for 16, but captain Chris Cooke (17 not out) kept Labuschagne company to seal their side’s triumph. 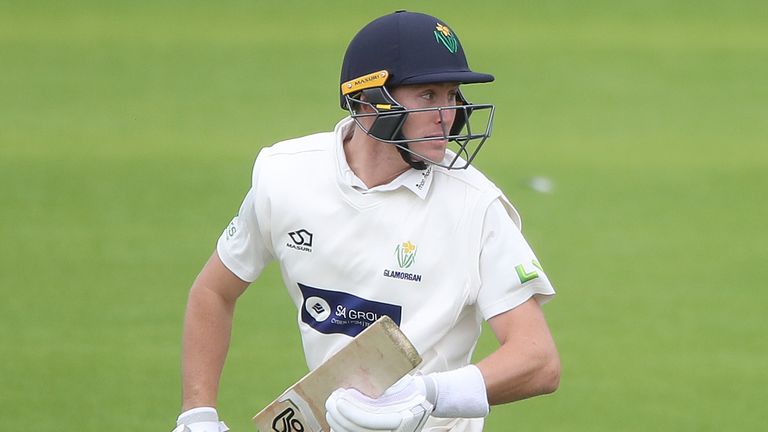 Dawid Malan narrowly missed out on a double century as Yorkshire

Advertisement
Advertisement
amassed a first-innings lead of 245 to increase their chances of forcing victory against Sussex at Headingley. Yorkshire vs Sussex scorecard

Malan was bowled by Jack Carson for 199 before Harry Duke (54) and Jordan Thompson (42) stretched the Tykes’ total to a colossal 558 all out.

Teenage seamer Jamie Atkins (5-98) recorded his first senior five-wicket performance for Sussex, who closed on 38 without loss in their second innings, still 207 behind.

Ollie Robinson hit a century and claimed the 100th catch of his career as Kent fought back to trail Northamptonshire by just 61 runs going into the final day at Canterbury. Kent vs Northamptonshire scorecard

Darren Stevens had earlier finished with figures of 5-77 after the Northants tail folded quickly in the morning, with the last five wickets falling for 26 runs in their total of 392. 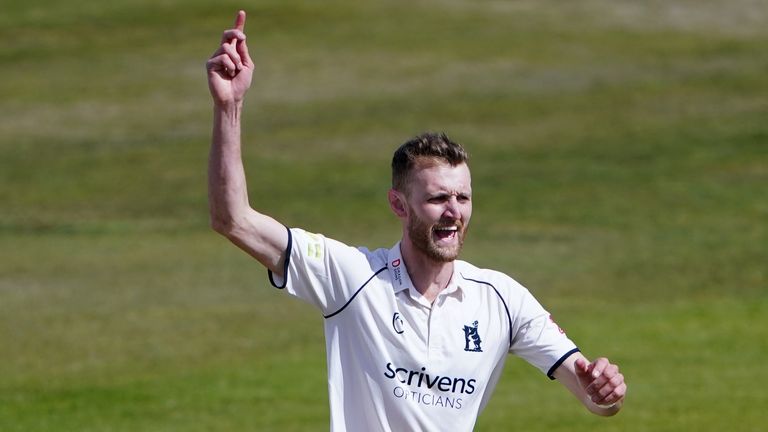 Oliver Hannon-Dalby took four wickets as Warwickshire demolished Derbyshire by 191 runs, bowling them out in just under 40 overs to climb to the top of Group 1. Derbyshire vs Warwickshire scorecard

The Bears set their hosts a stiff target of 308 after being dismissed for 155 in their second innings, with left-arm seamer Michael Cohen taking 5-43.

But Hannon-Dalby (4-24) removed both openers inside his first three overs and Derbyshire quickly crumpled to 117 all out, with Will Rhodes (2-11) and Danny Briggs (2-2) wrapping up victory.

Jake Libby’s second century of the campaign was not enough to save Worcestershire from a 10-wicket defeat at the hands of Durham – their second in the space of three weeks. Worcs vs Durham scorecard

The opener’s knock of 126 at least ensured that his side avoided an innings defeat as he and Brett D’Oliveira added 106 for the sixth wicket and Ed Barnard contributed an unbeaten 34 to lift Worcestershire to 336 all out.

Nottinghamshire bowlers Brett Hutton (3-48) and Liam Patterson-White (2-37) gave their side the edge against Essex at Chelmsford, with the home side reaching 180-7 at stumps, still trailing by 113. Essex vs Nottinghamshire scorecard

Simon Harmer took 4-71 as the visitors totalled 293 in their first innings, while Tom Westley’s captain’s knock of 71 held the Essex reply together, but – with the second day’s play washed out entirely – a draw looks the most likely outcome.