Essex are targeting a third-straight title as the County Championship returns with a new revamped three-group format this week and in preparation for Thursday’s big kick-off, we are assessing each and every county, starting with those in Group 1…

Essex won the Bob Willis Trophy last year and the County Championship in 2019 – can they win both in 2021?

The County Championship returns on Thursday and Essex remain the team to beat but how are the other sides in Group 1 shaping up?

Story of last season: For the second season running – and the third in the last four – Essex ended the campaign with a trophy in the cabinet. In domestic red-ball cricket, they are quite simply the team to beat and doing so is far easier said than done. In the strangest of summers last year, it was business as usual for Essex on the field; the Bob Willis Trophy replaced the County Championship and four wins and a draw in the South Group secured the Eagles their place in the Lord’s final. Somerset pushed them close but, ultimately, a draw was enough to see Essex crowned champions, courtesy of their higher first-innings total.

County Championship 2021: How it works

What’s changed? Not a huge amount, which given the recent success of Anthony McGrath’s side is unsurprising. Brexit has brought the Kolpak era to an end which means star spinner Simon Harmer is now counted as an overseas player. Peter Siddle is also back at Chelmsford after coronavirus led to his planned stint in 2020 being deferred by 12 months. Perhaps the biggest change is that there are now two red-ball honours – the County Championship and the Bob Willis Trophy – up for grabs; Essex will expect to be in contention for both. Century-maker? When Alastair Cook retired from international cricket, fairy-tale ending and all, in 2018, he could so easily have called time on his playing career altogether, returned to his farm and allowed himself to reflect on all he has achieved. Instead, he has added another trophy-laden chapter and after finishing as the leading run-scorer in the Bob Willis Trophy last summer, is back to spearhead Essex’s charge towards a third straight red-ball title.

Wicket-taker? Jamie Porter has been excellent for Essex in recent years and will no doubt still be trying to press his claims for international recognition but really, you can’t look past Harmer. The off-spinner took 38 wickets at 15.86 in six matches last summer and no one batted an eyelid. It is what we have come to expect and there is no reason he won’t continue in the same vain this season.

Story of last season: Well, on the bright side, the Bears only lost once in the Bob Willis Trophy. The bad news is they didn’t win, full stop. An inability to turn draws into wins proved costly as Warwickshire finished a distant third in the Central Group. It was a disappointing end for a number of Edgbaston stalwarts as Ian Bell, Tim Ambrose and Jeetan Patel called it a day at the end of the summer. Bell did at least sign off with 90 in his final innings. 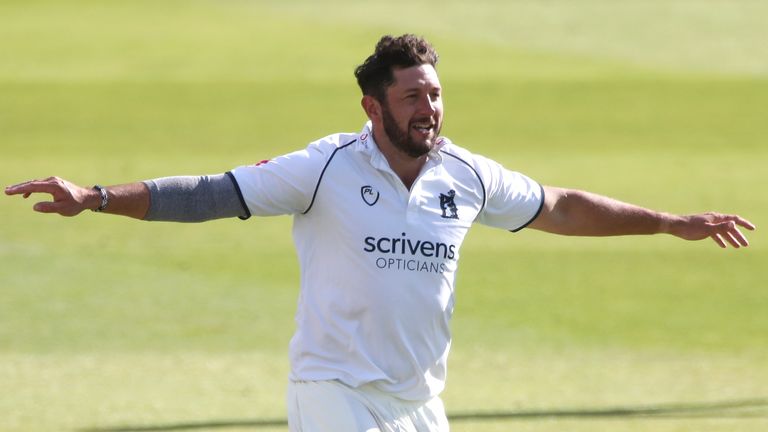 What’s changed? Red-ball frustration was matched by failure to progress in the Vitality Blast and led to the club parting company with first-team coach Jim Troughton. Former England Women’s World Cup-winning coach Mark Robinson replaces him. Tim Bresnan will provide experience having joined permanently after his loan last summer and left-arm spinner Danny Briggs has spoken of wanting to make an impact in all formats after making the move from Sussex.

Century-maker? Having lost Jonathan Trott and Ian Bell over the last two years, Warwickshire need others to step up and Will Rhodes has already shown himself capable of that. The skipper averaged 52.87 in five BWT games in 2020, a figure helped by a double hundred against Worcestershire, and more of the same will be needed this year if Warwickshire are to compete. 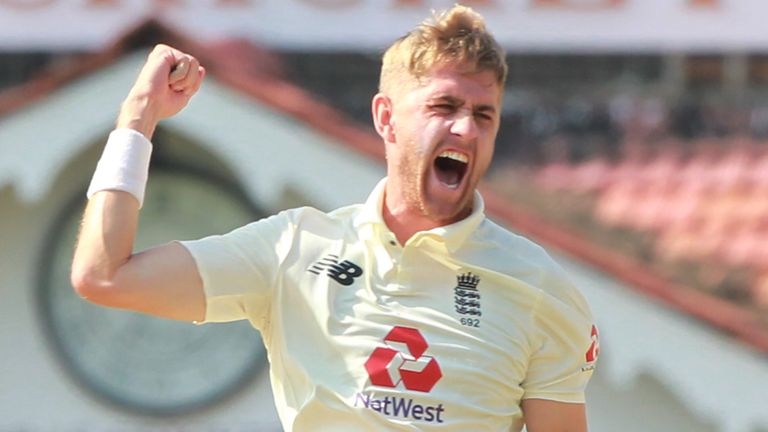 Olly Stone pressed his England claims over the winter and Warwickshire will hope he carries that form into the County Championship (Pic credit: BCCI)

Wicket-taker? Olly Stone. The fast bowler showed what he is capable of in an impressive showing for England in Chennai in February and is right in the mix for the Ashes at the end of the year. As ever with Stone, though, the question is how much he will play rather than what he can do when he does. Injuries restricted him to just one red-ball outing for the Bears last year, he and they will hope for plenty more this summer. If he does, Warwickshire’s attack suddenly looks a whole lot more potent. Perhaps the only issue if Stone does stay fit is that he spends more time with England than at Edgbaston.

Story of last season: Sadly for Notts, it was more of the same, at least in terms of results, as they extended their winless streak in first-class cricket 27 matches going back to 2018. That resulted in a fourth-placed finish in the North Group as, while the batsmen racked up a competition-high 20 batting bonus points, they were unable to back it up with the ball. They fared rather better in white-ball cricket though and ended the season by lifting the Vitality Blast trophy at Edgbaston. 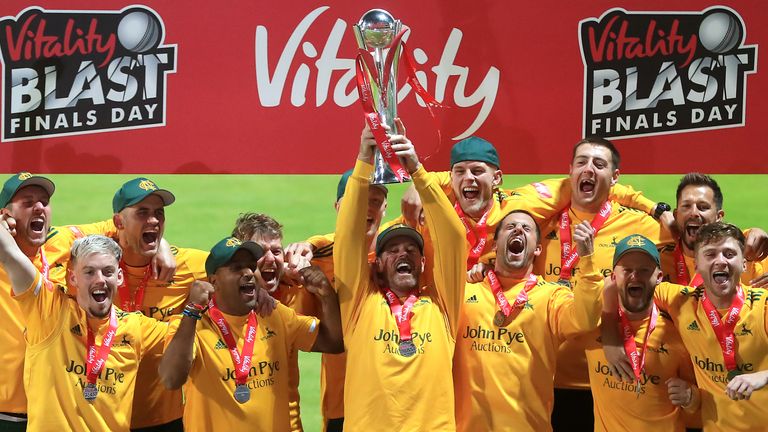 What’s changed? South African seamer Dane Paterson has come in and Brett Hutton has returned to bolster the pace attack that should include Stuart Broad early on. Peter Moores has also put faith in Haseeb Hameed, making the 24-year-old opener vice-captain – he will also skipper the team in the Royal London Cup – after signs last year that he was getting back towards his best following his move from Lancashire.

Century-maker? Notts really are spoilt for choice. Joe Clarke was imperious in the Blast and had a fifty and a hundred to his name in the Bob Willis Trophy, too, Ben Duckett was superb and notched two tons with an average of 56.28 in the BWT, while Hameed managed three fifties and has shown himself capable of making big runs consistently – albeit not for some time. Ben Slater

Advertisement
Advertisement
was perhaps the most impressive of the lot though, scoring 228 runs at 76 in three innings after returning from a fruitful loan spell at Leicestershire. Wicket-taker? Having Broad in the early part of the season is a real boon and both Hutton and Paterson should be real assets as well. Last season though, it was Zak Chappell leading the way in the wicket-taking charts for Notts, with 15 in four matches, and after a tough start to life at Trent Bridge, he will want to kick on again to remind people why there was so much excitement over his potential when he moved from Leicestershire. 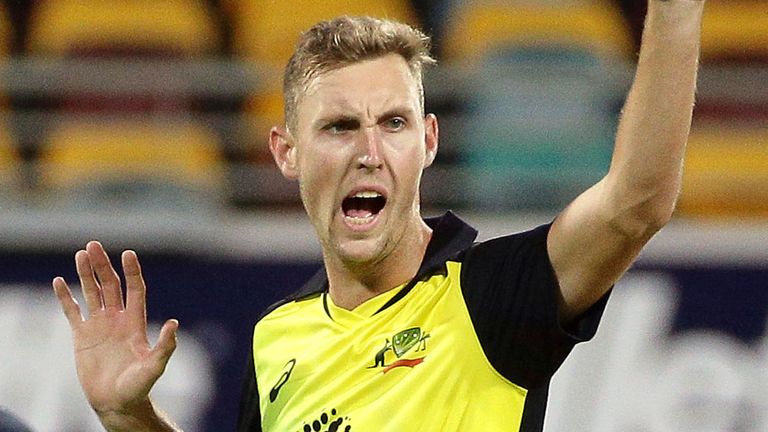 Story of last season: After years stuck in Division Two, Derbyshire showed they could mix it with the big boys and were perhaps last summer’s surprise package as they finished second to Yorkshire in the North Group, losing only once as they briefly threatened to make a push for the Bob Willis Trophy final at Lord’s.

What’s changed? Having lost the experience of Tony Palladino, as well as Ravi Rampaul, Derbyshire have brought in 6ft8in fast bowler Billy Stanlake. The Australian has starred in white-ball cricket for his country in previous years but will need to show he can be just as effective with the red ball if Dave Houghton’s side are to match last season’s efforts.

Century-maker? Derbyshire’s batting has so often revolved around Billy Godleman and Wayne Madsen in the recent past and both will still have big roles to play but it was Luis Reece who led the way last year. The left-hander averaged a fraction over 46 at the top of the order and only Leus du Plooy scored more than his 277 runs, despite Reece only featuring in four of the five BWT games. 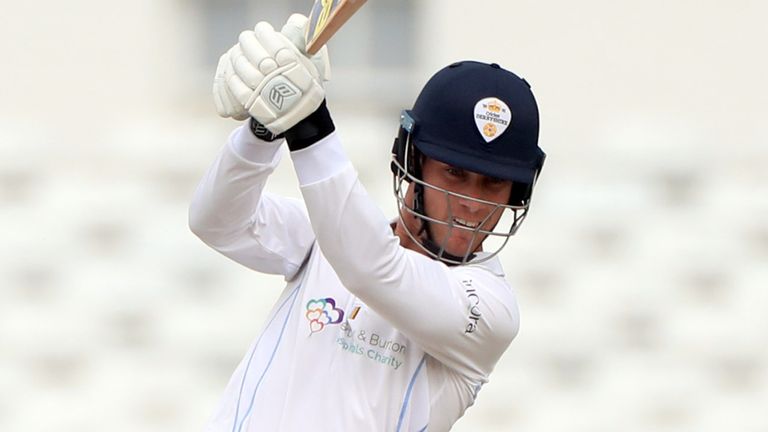 Wicket-taker? Stanlake will have to be at his best to lead the seam attack but if the Aussie is not firing, it could be the legspin of Matt Critchley that Derbyshire turn to. The 24-year-old claimed 17 first-class wickets at 26.88 in 2020 and is more than handy with the bat as well. 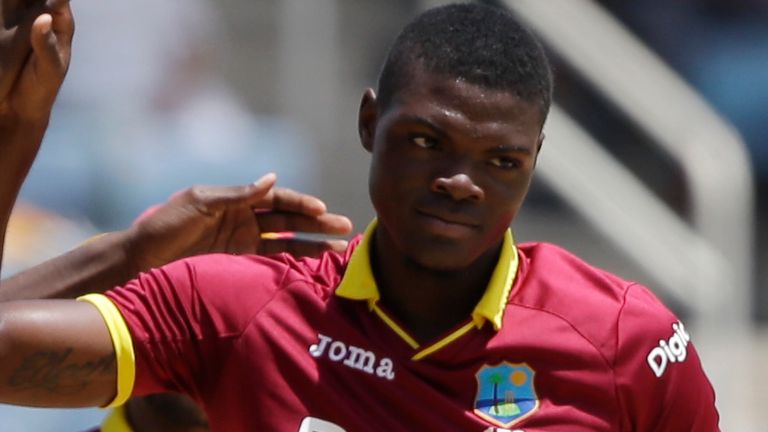 Story of last season: After a disappointing couple of years in the County Championship, Worcestershire found the Bob Willis Trophy was much more to their liking as they pushed finalists Somerset all the way in the Central Group. They lost just once on their way to a second-placed finish and should take confidence into a fuller schedule in 2021.

What’s changed? The Pears added to their batting ranks with the acquisition of Gareth Roderick from Gloucestershire but saw seamer Wayne Parnell depart for Northants. Moeen Ali did not feature in the Bob Willis Trophy last year and is missing again for the start of this campaign due to IPL commitments. The all-rounder could be available later in the summer though, especially if, as has been mooted, his days as Test match player are numbered.

Century-maker? Roderick is added to a batting line-up that was not short of runs last summer, Jake Libby was top of the class in that regard and by some distance. The 28-year-old former Notts man scored 498 runs in nine innings, with three fifties and hundred, and averaged in excess of 55. Wicket-taker? Captain Joe Leach led the way with 19 BWT scalps in 2020 but Ed Barnard was only one behind and boasted the better average – 21.66. That was just a continuation of Barnard’s efforts since making his debut in 2015, the seamer has been a model of consistency. West Indies pacer Alzarri Joseph could do some damage early in the season, too. 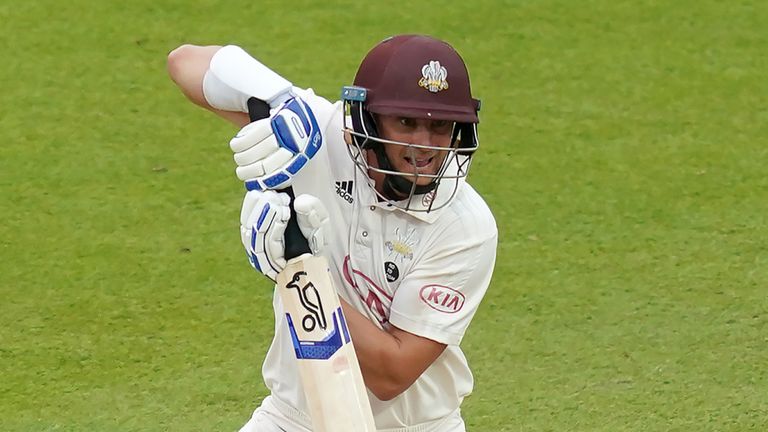 Story of last season: On the face of it, a campaign that saw Durham finish bottom of the North Group and fail to win a match can be seen as little more than disastrous. However, after losing their first two, they were unbeaten in their last three and have made strides again ahead of the new season.

What’s changed? The big news is the return of Scott Borthwick, as captain, after four years at Surrey. The left-hander should add real strength at No 3, while Cameron Bancroft’s return in May, likely to open with Alex Lees, gives them a very solid top order, at least on paper. Gareth Harte has retired while a number of players have been released as the rebuild continues.

Century-maker? The return of Borthwick is a real coup for Durham. He left, in part, to try and further his international ambitions and while it did not quite turn out that way, he did win the County Championship in his time at the Kia Oval and remains a top-class performer at county level. Captaining his home county means there should be no shortage of motivation either. Wicket-taker? You would have to go back a good few years for Durham’s answer to this to be anyone other than Chris Rushworth. This year is no different, even at 34, the evergreen seam bowler remains the go-to man after 16 wickets at 22.37 in four BWT matches last term. If you want a non-Rushworth option then all-rounder Ben Raine can be relied on to chip in with some useful contributions.