Kent veteran Darren Stevens becomes the oldest man to hit a County Championship hundred since 1986, while Hampshire captain James Vince races to three figures and then pushes on to make a double ton during opening round of 2021 fixtures 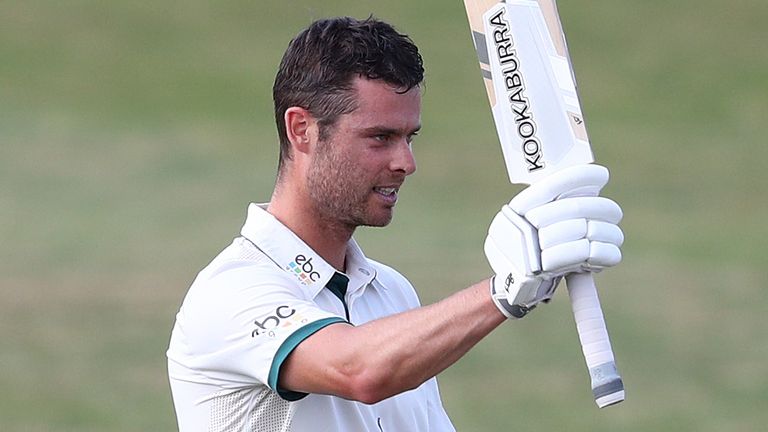 Sky Cricket’s Benedict Bermange has poured over the opening round of LV= Insurance County Championship matches, bringing you some top stats on long innings, quick-fire centuries and another winless first-class outing for Nottinghamshire…

Hampshire’s James Vince reached his century off 81 balls – his fastest ever – and his final score of 231 was the joint-third-highest score by any Hampshire captain in the County Championship:

Somerset managed to defeat Middlesex at Lord’s despite finding themselves 89-9 in reply to Middlesex’s first innings of 313. Lewis Gregory

Advertisement
Advertisement
became the first player to score a half-century and take five wickets in an innings in the same Championship match at Lord’s since Toby Roland-Jones for Middlesex against Yorkshire in 2015. David Bedingham and Ned Eckersley shared an unbroken fifth-wicket partnership of 254 in Durham’s second innings against Nottinghamshire at Trent Bridge, setting a new county record for that wicket. The previous record was a partnership of 247 between Gordon Muchall and Ian Blackwell against Worcestershire at Worcester in 2011.

Nottinghamshire’s failure to win that match took their winless streak in English domestic first-class cricket to 27 matches, the longest such streak since Leicestershire ended their 37-match streak in 2015.

Their current streak is the joint-fifth longest since the Second World War, but still 16 matches short of the overall Post-War record, ironically also held by Nottinghamshire: