Ollie Pope hits double hundred for Surrey against Leicestershire, while Mohammad Abbas takes hat-trick for Hampshire against Middlesex; Ollie Robinson in superb form for Sussex against Glamorgan as he takes nine wickets in an innings and 13 in match 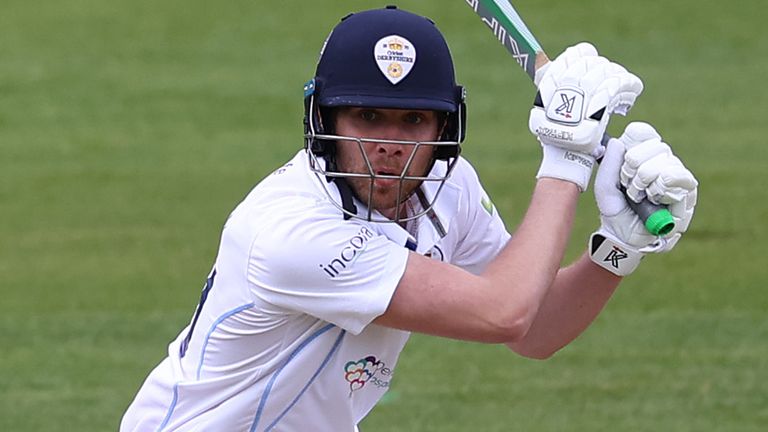 Sky Cricket’s Benedict Bermange is back with more top stats after round two of the County Championship, including nuggets on the record-breaking Matt Critchley, another 10-wicket haul for Essex spinner Simon Harmer and Hampshire and Gloucestershire’s superb starts to the season…

Derbyshire’s Matt Critchley scored 109 and 84 and also took 5-67 & 3-76 against Worcestershire. No Derbyshire player has ever scored more runs and taken more wickets in the same first-class game for the county.

The last player to score more runs and take more wickets in the same Championship match was Franklyn Stephenson, who scored 111 and 117 and took 4-105 and 7-117 for Nottinghamshire against Yorkshire in 1988. 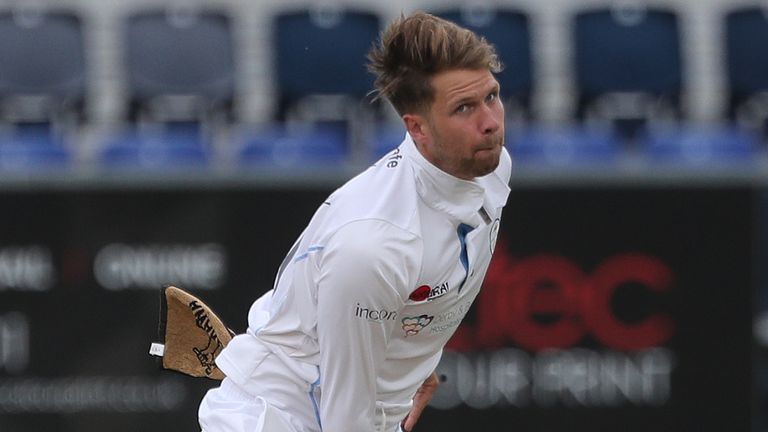 Essex defeated Durham at Chelmsford despite being bowled out for just 96 in their first innings. The last time they won despite being dismissed for so little batting first in a Championship match was in 2014 when Derbyshire dismissed them for just 94.

It was the first occasion in their history when Durham have bowled first, dismissed the opposition for less than 100 and gone on to lose the game.

Simon Harmer took his sixth haul of 10-or-more wickets for Essex in the Championship. Since the Second World War, only four bowlers have taken at least 10 wickets in a greater percentage of matches in the competition:

Kiran Carlson made 127 not out and 132 for Glamorgan against Sussex at Cardiff, the 22nd occasion on which a Glamorgan player has scored two centuries in the same Championship match but the first time for the county against Sussex.

Ollie Robinson countered Carlson’s effort with the best-ever bowling figures in an innings for Sussex against Glamorgan – 9-78 – beating a record which had stood for 98 years, when Maurice Tate took 8-30 at Horsham in 1923.

However, Robinson’s match figures of 13-128 fell short of Robin Marlar’s record for the best match figures for Sussex against Glamorgan – Marlar having bagged 15-133 at Swansea in 1952. 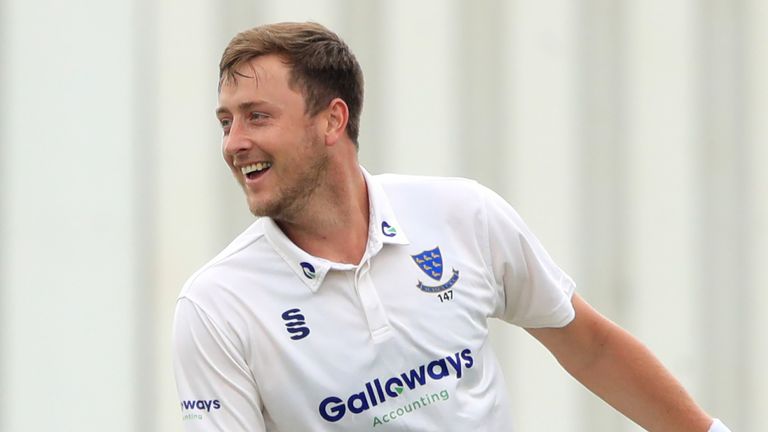 Hampshire have started the season with back-to-back wins for the first time since 2004, and, in their match with Middlesex, Mohammad Abbas completed a five-wicket haul within 17 deliveries.

Abbas’ haul included a hat-trick, dismissing Max Holden, Nick Gubbins and Stevie Eskinazi in successive deliveries. The only previous hat-trick for Hampshire against Middlesex was taken by Billy Taylor at Southampton in 2006.

Warwickshire defeated Nottinghamshire by three wickets at Trent Bridge, successfully scoring 333 in the fourth innings of the match. The only time Warwickshire have scored more in the final innings of a match to beat Notts was back in 1975 when they made 371-5 to win at Edgbaston.

Gloucestershire have won their first two Championship matches for the first time since 1931, and it is the first time they have ever won back-to-back matches by eight wickets.

Ollie Pope’s innings of 245 is the sixth-highest in history for Surrey against Leicestershire. The table is headed by Kevin Pietersen’s innings in what would be his penultimate first-class match:

Highest scores for Surrey vs Leicestershire