Danny Cipriani: “I’ve been really focused over the past three months on improving my running efficiency and kicking, while looking for a club that matches my ambition. After speaking with Stuart and Neal, it was clear that Bath offered that opportunity.” 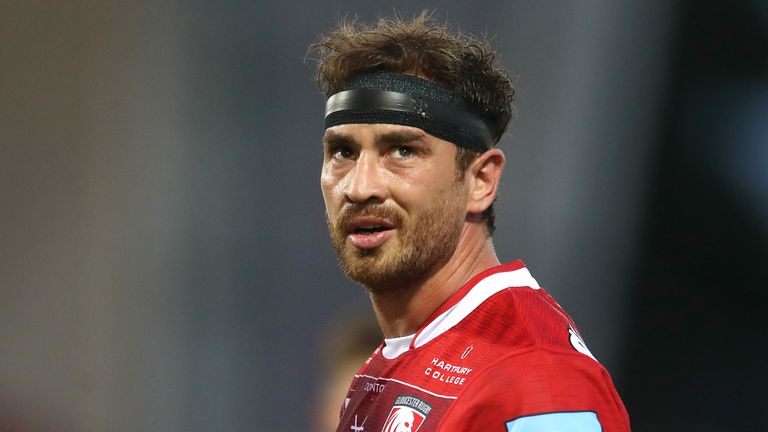 Danny Cipriani will join Bath in May on an “extended” one-year contract which will include the completion of the 2020/21 season.

The former England fly-half left Gloucester in December having played just one match of the 2020/21 campaign and joins his fourth Gallagher Premiership club.

There had been interest in the No 10 from France and Japan but the 33-year-old free agent opted to remain in England.

Premiership wins for Exeter, Bristol and GloucesterUbogu: Rugby authorities must do more to tackle racism

“Bath have a clear ambition and drive that aligns with my own. They want to achieve something special as a team, they want to win. That was a very appealing vision for me,” Cipriani said.

Bath’s current first-choice fly-half, Rhys Priestland, is leaving for the Cardiff Blues at the end of the season.

“I’ve been really focused over the past three months on improving my running efficiency and kicking, while looking for a club that matches my ambition. It’s clear that Bath offers that opportunity,” he added.

“We talked about what I could bring to the club and what Bath were looking for in a fly-half – someone who could be part of an attacking mindset, who could help unlock that aspect of the game and inject additional pace and vision – complementing the quality in the team.”

One of the great talents of his generation, Cipriani made his name at Wasps, where he has had two spells.

He also had stints with Sale Sharks and Melbourne Rebels, prior to joining Gloucester in 2018.

Despite his distinguished club career, Cipriani has never been the regular first-choice stand-off for England, despite an impressive debut against Ireland in 2008.

However, he has still won 16 caps, the most recent coming against South Africa in 2018.