Darren Bravo’s 132-ball 102 is his first century for the West Indies since 2016, while opener Shai Hope (62) registered his sixth consecutive score of fifty or more in ODIs as the West Indies chased down 275 to clinch a 3-0 series win over Sri Lanka 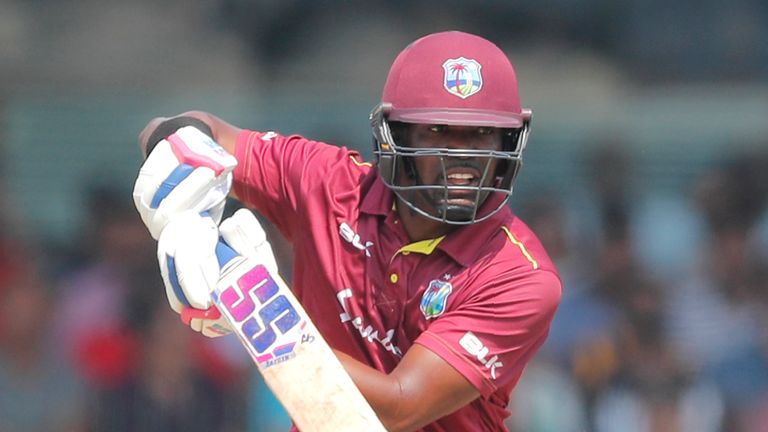 Darren Bravo scored a century as the West Indies beat Sri Lanka by five wickets in the third one-day international in Antigua to sweep the series.

It was a familiar story for Sri Lanka as they yet again posted a below-par score batting first. Wanindu Hasaranga smashed an unbeaten 80 off 60 balls to rescue their innings from a perilous position at 151-6 for, but their hosts made light work of their 275-run target.

Bravo’s fourth ODI hundred – following off the back of match-winning tons from Shai Hope and Evin Lewis in the two previous successful run chases – plus fifties from Hope and captain Kieron Pollard saw the West Indies to victory with nine balls to spare.

The result extends Sri Lanka’s losing streak against West Indies in ODIs to six games, and also means they remain rooted at the bottom of the World Cup Super League – which counts towards qualification for the next 50-over World Cup – yet to register any points.

With Sri Lanka put into bat in the final game of the series after the Windies won the toss, Akeal Hosein claimed fine figures of 3-33 to rip through the touring side’s middle order and they limped their way to 151-6 in the 32nd over.

Making Hasaranga’s recovery knock all the more impressive was that, batting at No 8, he seemed troubled by injury and was limping throughout most of his swashbuckling innings.

Hasaranga smashed seven boundaries and three sixes, sharing in an unbroken 123-run seventh-wicket stand to rocket Sri Lanka up to a competitive score but, again, it wouldn’t prove to be a match-winning one.

Bravo’s 132-ball 102 was his first ton for the West Indies since 2016 and along with Hope (62), who registered his sixth consecutive score of fifty or more in ODIs, he took the sting out of a Sri Lanka attack buoyed by two early breakthroughs.

Evin Lewis (13) and Jason Mohammed (8) fell cheaply inside the opening 10 overs, but Bravo and Hope proceeded to put on 109 together in a crucial third-wicket stand.

Once Hope fell, and Nicholas Pooran (15) shortly after that, any Sri Lankan hopes of earning a consolation victory were soon doused as Pollard (53 off 42 balls) joined Bravo at the crease and the pair put on 80 for the fifth wicket off 71 deliveries.

By the time Bravo was dismissed courtesy of a spectacular diving take by Dimuth Karunaratne at extra cover, the equation need for the West Indies was down to 26 runs off the final 23 balls and Pollard steered them towards victory, sealed with a Jason Holder (14no) six.

The two teams next face each other in a two-match Test series which starts on Sunday.