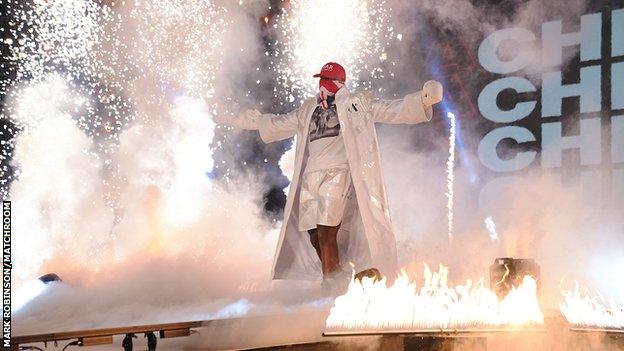 Even 37-year-old heavyweight boxers still do as their mums say.

So when Derek Chisora threatened to pull out of his showdown with Joseph Parker on Saturday if he had to make his ring entrance first, his manager David Haye knew only one intervention would work.

"I didn't see this fight happening with Derek walking into the ring first, but thankfully the voice of reason came in," Haye told Sky Sports.

"Viola – Derek's lovely mother – is the only person he actually listens to.

"I spoke to Viola about an hour ago and she said 'I told him he's going to come to the ring first like he promised and that's that. I talked to Derek and he agreed.'"

Briton Chisora and New Zealander Parker meet at Manchester Arena and had agreed to toss a coin to decide who would make their ring entrance last.

However, Chisora told Sky Sports he did not want to flip a coin, saying "either I come in second or I go home right now" before leaving the room.

Parker won the coin toss after Chisora left and opted to do his ring walk after his opponent.

But he soon saw sense after an ear-bashing from his mum, and it turns out it's not the first time she has had to get involved.

"We've actually had to use Derek's mother in the past in certain situations where we've been trying to get Derek to do what we all believe is the right thing and he's not having it," Haye said.

"We've had to phone his mother and say 'can you talk to Derek because, if he doesn't do this, this is going to happen?' So far she's always come up trumps, so I'm really happy about that.

"The fight is 100% on. Derek will be walking into the ring first, as he should have done because he lost the coin toss, and we've got ourselves a fight."

Chisora lost his most recent fight, against Ukraine's Oleksandr Usyk in November, the 10th defeat of his 42-fight career.

Former world champion Parker, 29, has fallen out of world title reckoning since suffering consecutive defeats by Anthony Joshua and Dillian Whyte in 2018. 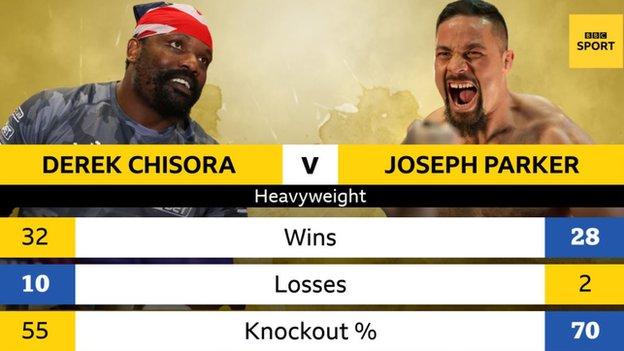