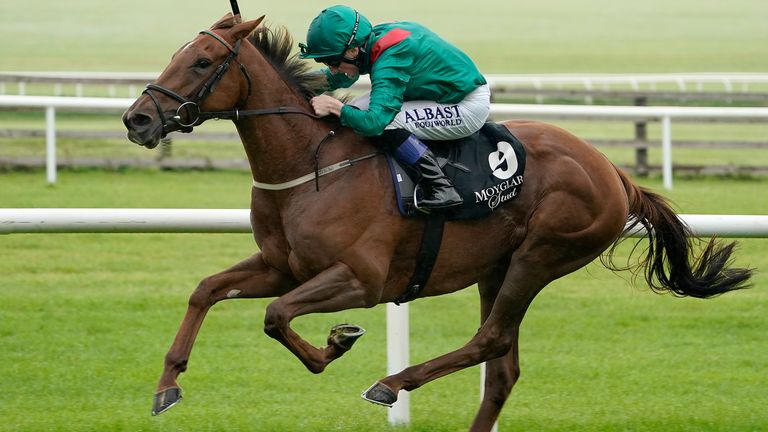 Dermot Weld is in no rush to make concrete plans for his star fillies Tarnawa and Search For A Song.

Tarnawa enjoyed a spectacular campaign in 2020, winning each of her four starts including Group One wins in the Prix Vermeille, the Prix de l’Opera and the Breeders’ Cup Turf.

Search For A Song was more of a slow burner, but peaked at the right time to successfully defend her crown in the Irish St Leger in September, before rounding off her season with a runner-up finish in the Long Distance Cup on Qipco Champions Day at Ascot.

“I’m in no hurry with the fillies and there will be lovely warm days later on for Tarnawa. Search For A Song has also wintered well and is in super form,” said Weld.

“Nowadays, with so much big racing in the second part of the year, I tend to hit our peak in September, October, November.

“I’ve no plans at present where they will start off as it’s a long year and I’m in no hurry with them.”

The master of Rosewell House is pleased with the overall strength of his team, even if he has less horses in training than in the past.

He added: “We have a quality team of horses this year, much less in numbers by design, but hopefully more quality than quantity.

“We are a couple of weeks behind some of the stables in fitness, but it’s a long year and we tend to get better as the year goes on.”