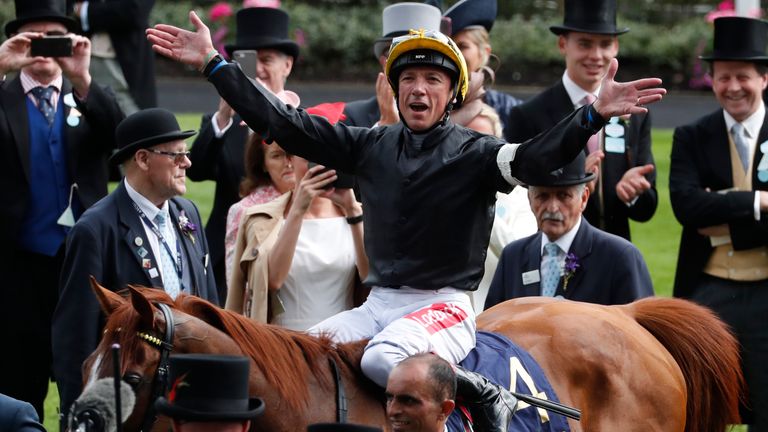 Frankie Dettori rode his first winner of the year in Britain aboard Delta Bay at Newmarket on Wednesday.

Having enjoyed a fruitful w inter abroad, the popular Italian – who turned 50 in December – was back in domestic action for the first time in 2021 for day two of the Craven meeting on the Rowley Mile.

And while he was out of luck with his first two mounts aboard Global Giant in the Earl Of Sefton Stakes and Star Of Emaraaty in the Nell Gwyn, he delighted favourite-backers on his third ride of the afternoon in the bet365 European Breeders’ Fund Fillies’ Maiden Stakes.

Runner-up on her racecourse debut at Newbury in October, John and Thady Gosden’s Delta Bay was a 6-4 chance to go one better on her return to action.

Having set the fractions for much of the one-mile journey, the daughter of Nathaniel was strongly pressed by Professional Widow as the line loomed but clung on by a neck.